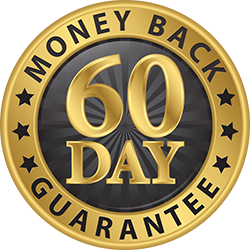 Realm Works recently launched their content market, where people can buy campaign settings or adventures to use with Realm Works. This is really handy because Realm Works gives you all the campaign management you need to run a game. It’s a really fantastic tool to use. That said… it takes quite a while to get it setup.

I’m currently using Realm Works to manage my campaign for Infinity. Rather than input all the Infinity data myself, I’d love to buy an official Infinity source for Realm Works, and heck, I’d love the opportunity to write adventures for Infinity in Realm Works and maybe one day publish them!

I wanted to make Modiphius aware of this tool, and see if this is a partnership you’d be interested in pursuing with Lone Wolf Development. I have no skin in this game, I’m just a fan. There is talk on the Lone Wolf forums about future products for the Realm Works Content Market, and basically to get more content we need to lobby the publishers, so here I am lobbying you.

BJ Hensley is the VP at Lone Wolf, and she would be the person to talk to.

Just as an example, take a look at the sample of the first chapter for the Quantronic Heat adventure that I’ve put into Realm Works.

Please email this suggestion to support@modiphius.com who will make sure it gets to the right people.

I am one more who is also interested in this.

I’m getting to know the infinity universe now (still waiting for my books to arrive), but I’ve been using realm works since the release, it would be really great if it had support for Infinity, or at least the 2D20 system. Creating everything from scratch always makes me lose interest.

I’m working (at a slow pace) at putting the Quantronic Heat adventure into Realm Works.

Long term… I’m hoping to get the Mechanics section fleshed out so that the rules for the Infinity 2D20 system from the Core Book will also be available.

LONGER TERM… putting the fluff from the book in.

I’d be willing to collaborate with some other Realm Works folks on it. It’s a lot for one person, and I don’t have tons of extra time to devote to it.

I do not remember if realm works can work collaboratively with 2 masters or more. It would be interesting if it were possible, I could help you in the process.

I think it can be done, but you have to be careful that two authors don’t update or change the same Topics or Categories.

One thing I’d like to do is automate / make easier the ability to copy/paste Adversaries, Items, and Weapons from the books into Realm Works.

Josh has a really good video showing how he is migrating Monsters into Realm Works.

Getting that automation done would make putting Adversaries into Realm Works so much easier. I have a few in Realm Works, but I’ve only done the minimum that I need for my adventure at the moment, because it takes me quite a bit of manual data entry to put them in.

On a related note, I just finished Chapter 2 of Quantronic Heat for Realm Works. I have actually learned a LOT from inputting an official published adventure into the program. I made a lot of formatting improvements with Chapter 2 that I missed with Chapter 1. This means, of course, that I’m going to have to go back and re-do portions of Chapter 1 eventually. Getting started on Chapter 3!

Spoiler for Quantronic Heat Adventure below. Look at all that pretty formatting!

Great! at home I will watch this video calmly … tell me what fields you need for npcs, that I generate the .csv file

There is a Realm Works discord at https://discord.gg/76ZMrc
I’m checking to see if maybe we could use that for collaboration on different game systems. It’d be a handy way to collaborate.

Adversaries in Realm Works have been a challenge for me. I’d love to be able to use Hero Lab profiles, but we don’t have a 2D20 Hero Lab system to use. So we have to put “Monsters” directly into Realm Works. I tried to design a template that would be easy to read for a GM. The trade-off of using a template like this in Realm Works is that in order to create a new NPC basically I have to duplicate the blank Template Topic, and then manually fill it out. That’s because I can’t have the blank tables pre-filled into the Snippets.

If I was willing to go without the tables it’d certainly make entering in Adversaries easier, but I think it’d make them harder to use during game sessions. I’d love feedback on the template though, I feel like it could still use work.

So the challenge would be creating a CSV that could be imported into Realm Works that would bring the table format with it on these snippets for the attributes, expertise values, weapons, etc.

I made some progress today in the task of converting PDF text.

I will continue the conversion tomorrow, continuing the defenses, attacks, equipment and special abilities.

Then I see how to convert characters more complex, with description, appearance, roleplaying, etc.

I was able to get all the information in the text of the pdf, no matter the order that things are (as long as they are below their respective headings), except for the category, name and description, which should always come at the beginning of the text. hmmm… also no matter the line breaks.

it was complicated to reach this consensus, because if you try to copy each opponent in the pdf, it behaves differently, notice how this information is messed up considering the order of the first image I sent yesterday.

In any case, I still need to work on some more complex opponents (such as Trooper/Elite). And I also need to work on a system of persistence of the opponents loaded by the program, so that when we close the program they remain saved, and finally, the export to a csv (which will be the easiest part, we just have to define the csv format)

I was looking at my template and spent some time thinking about the formatting of how the import to Realm Works might go. I think I’ve decided that the table format for the ranged and melee weapons will definitely need to go. I used those tables for the weapon stat blocks because that is how I initially entered the weapons themselves into Realm Works. I did it that way since it mimics how the weapons appear on player characters sheets. It makes them easier to read, and it makes it easier to discern when a weapon has multiple ammo types, etc.

I don’t think this will work for Adversaries. First of all, some information I have in the table isn’t included in the statblock, such as the “size”. Second, it’s really not necessary for an Adversary to have everything in a nice table, all we really need it to be is legible. The Qualities and Ammo will still be linked, which will be the important bit.

So I’m going to take another look at the template, and remove the weapon table, and see how I need to redefine things.

I’ve made some updates to my Realm Works Infinity Adversary template. In fact, I completely re-did the Adversary category from scratch. I realized there were some things about the old category I didn’t like, and since I’ve been using the old category, that restricts some of the edits I can make, since I have a decent amount of Adversaries that are using that old category.
That said, having a good, solid category as a starting point is a little more important than me having to re-enter data for a the Adversaries that I’ve already done manually. I can live with a little data-entry, especially if we can get things working with the CSV import tool.

Notable changes are that the tables have been changed to labeled text. This brings things in line with how other Realm Works game systems are designing monsters. I decided to keep the tables, hoping that we’ll be able to figure out a way to import the tables using the CSV tool.
I removed the tables for attack methods. This brings it in line with how Adversaries are displayed in the books, and will make importing them easier.
I also added a “Race” field. This field isn’t present in the statblocks for the books, but I think it could be a handy edition for Adversaries in Realm Works so that GMs could easily find all the Morat NPCs, or Shasvastii, that sort of thing. Similar with how I have Faction added as well.
Whoops, I just realized I need to add a Tag field for the Sourcebook, so we can sort out which Adversaries come from where.

Sorry for the delay of an answer. I’m a little flu since Saturday, it affects my focus on things.

Well, getting back to the subject, I finally managed to persist the data. follows the attached printscreen below. Understand that it is an application made quickly, so it should contain several bugs, which I can fix over time.

Tomorrow I start working on the csv needed to fill this template. Do not worry, I’ll make it dynamic enough so that the format can be changed later.

This is simply amazing. If this works right, I’ll be able to import all of the Infinity NPCs into the Realm in no time. Manually copying and pasting was taking me at least 5-10 minutes per NPC.

On a related note… I have started a task that I have been dreading for awhile. Skills

There are a lot of skills. Talent Trees need to be imported as an image, and it’s just a lot of data entry. I think they look really nice when they’re imported though, and it will be immensely handy for GMs to be able to quickly look up the skills and talents that their player characters have.

Okay. I had a slow day at work today. I need a data entry song to hum. Skills are done, man!

Finally I finished a testable version for you. Any errors that you find, inform me here, so that I can improve the application.

Some informations is still not being exported, such as elite defenses for an opponent who is a trooper and an elite.

this is the installer, unpack and install, it will need the .NET 4.7.2 framework, but it will install itself: https://mega.nz/#!AWwW3Y4I!Jqkc2I0ySoF-dgjXdkLWYXX557--MLswb5u-QZPFOgs

this is an export template file, you can edit it in notepad to see how it works and create another as needed: https://mega.nz/#!BTxWwARa!Vhs6hRiGF13fxqaOBv3DLqj9qpqqzJfszd8NoICdgLE

here is the generated file, being loaded into realm works importer:

This looks amazing. I know what I’m going to be working on this weekend!

Currently I’m working on importing Chapter 3 of the Quantronic Heat adventure into Realm Works. I’m going to try and finish that, and work on this.

My next goal will be to get the Mechanics section of the Infinity Realm I’m working on suitable for Exporting, so that I can share the fruits of your labor with you. When I started working on it I was still learning how to build a Realm so that it could be Exported/Imported correctly, so I have to go back and fix a few things. I’ll try to do that soon though, so I can share this with you.