Anyone paint there Zetan yet? What cards come with the pre-order?

Hi,
New to the forum.

I was wondering if anyone has a Zetan in there aresenal and if they had painted it?

Also what cards are suppose to come with it?
Its suppose to have:
1.Figure
2.Cards??? (2 total? Not sure, no weapon card?)
I know that their are weapon cards like hunting rifle etc… but what came with the pre-order? Did a alien blaster card come with it? I have come up short on google for references both for Paint and cards.

Welcome,
The alien comes with a character card, an AI card, and an alien blaster (pistol) unique item card. Haven’t painted my one yet since it’s not part of a faction

I have six of them. Can confirm the cards that come with. I haven’t gotten around to painting mine yet either.

So i bought mine on ebay and it came with:
1.Figure
2.Alien Blaster card
3.Character card
(2 total cards)
So im assuming im missing one?

Sounds like you have everything to me. You have the figure, the Alien Blaster, the Unit, and the AI card, that should be everything.

Second item on the Downloads area is a complete list of every card that comes with every kit. (Exceptions being things like the Creatures bundle which has the cards from all of their component sets.)

On this page you'll find free downloads for Force Lists, New Rules, Guidance and Updates, Errata, Scenarios and Campaigns to keep you busy in the wasteland!

Sounds like he might be missing the AI card. Tho I’d doublecheck to make sure it’s not stuck to another card first.

I misread what was said above. I think you are correct.

I think there’s a printable version of the AI card somewhere? And if not, then I can take a picture of one of mine if that would help?

Alright, here’s a quick picture. This should be EVERYTHING that comes with the Alien. Model, Unit Card, AI Card, Alien Blaster weapon card.

PS: You can probably use a blank AI Card to create your own if you want. Otherwise there should be the printable version you can make your own copy.

Glad I could be of service. If you’re missing the blaster card, they have downloadable versions of all the cards. I know it’s not the same as an official card, but it should work for a substitute.

If you bought it through auction, may be able to contact the seller about the card too. If it was supposed to come with the model, then they may be able to send it still.

There are no printable versions of the AI cards. Those are among the cards that Modiphius is keeping exclusive to coming with the models.

Fair enough. They mentioned in their last comment that they were missing the weapon card. If that’s the case they’ll be able to print the replacement.

If on the other hand they’re missing the AI card, then I’m sure someone had a copy they’d be willing to trade/sell/give them. I’m not willing to part with a character or item card, but if all they need is the AI card, then I could probably be persuaded to send one to them for the price of a stamp.

Just clarfiying i got the two big cards i need the weapon card.

Then the best bet is probably to download the cards pdf in the link I posted earlier and print a copy that way. 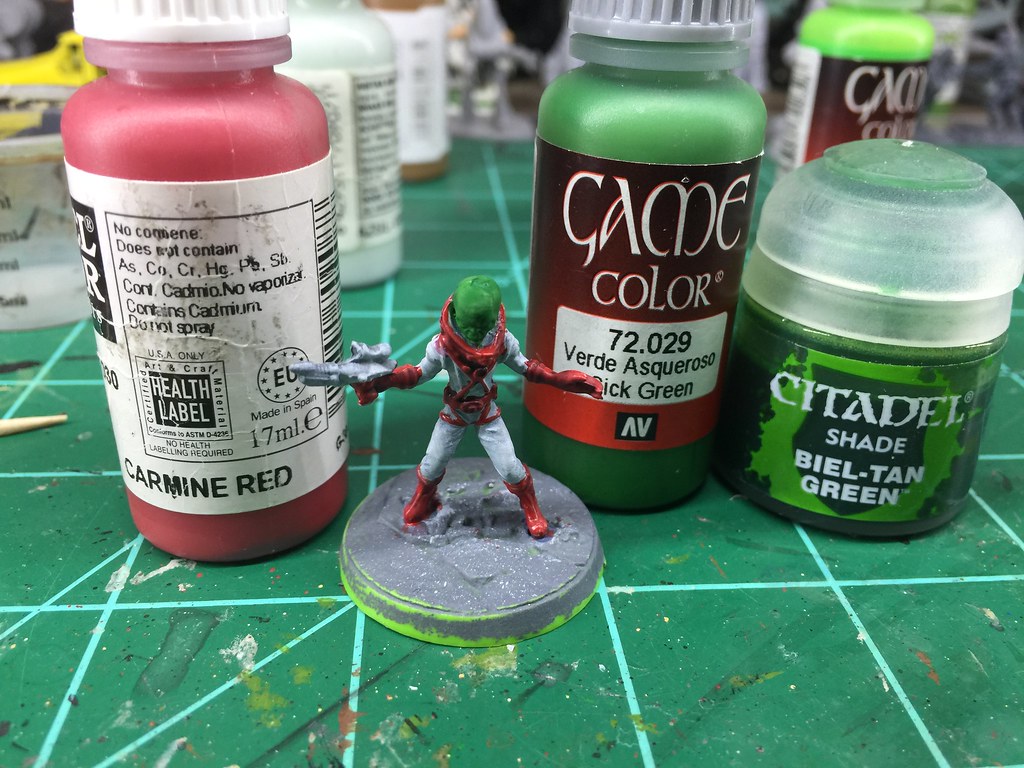 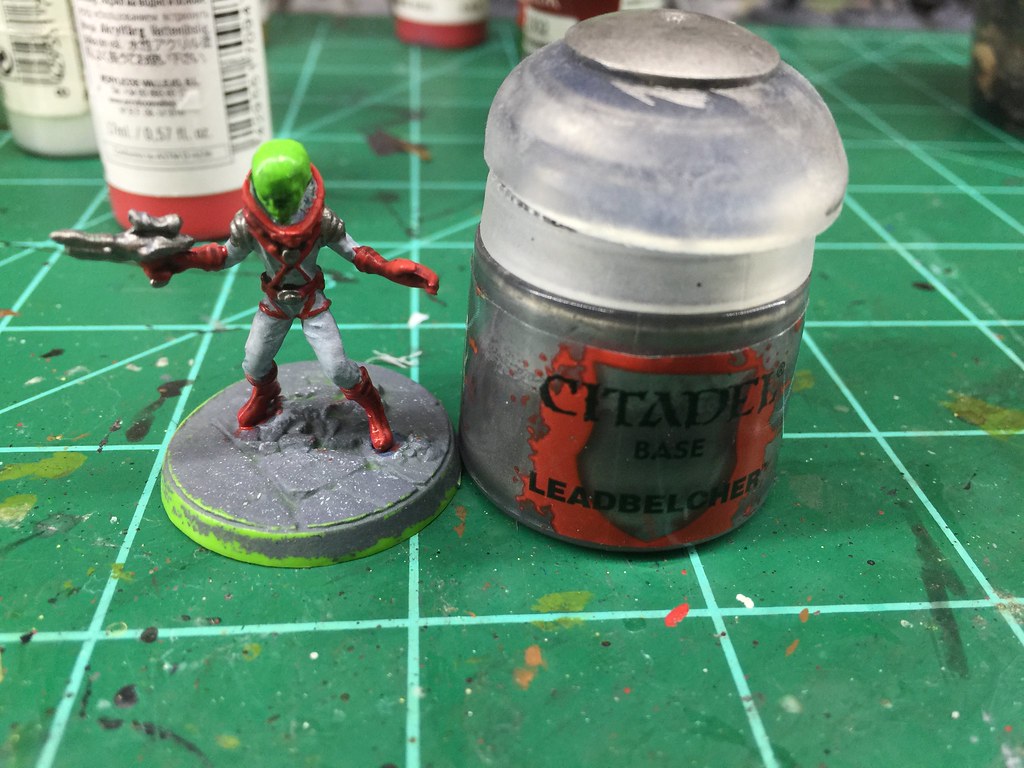 Painted the Mini but have not finished the Base yet. Mine was PVC not not a ton of detail. I will finish it up in the next night or so.

Looks nice. I’m thinking of doing 3-4 of mine with that color scheme. Then try doing a couple of other things with the rest of them (I own six.) I think the white works well for them, and the red is a good contrast. I may swap out the red for a gunmetal gray on one or two as well. Maybe a gold or something like that for a leader of some sort.

As far as I know, they only did PVC for that particular model.

I used an off white with a really thin blue wash. then highlighted with white.

It turned out well.

I’m leaning toward doing their jumpsuits in the colors you see in Fallout 3, then doing the red harness over the top. Create a bit of visual variation in what I field on the table,

I got a Fallout trading card on ebay im gunna reference mine off. Its just hunting the colors down.