I’m preparing this for my own group to be used in time, yet thought I could share it and humbly request for comments. tl;dr: This is a combination of lots of random tables found throughout all of the STA books and supplements.

We, as a group, love world building and particularly enjoyed Traveller. We would spend evenings just creating a new system and society and see our hex-map expand and diversify. While I don’t think that we will delve too much into it with STA, I’m curious enough to think about the question:

How would one “hex-crawl” the Shackleton Expanse?

No, I’m not proposing to set up real hexes. Yet, if one wanted, one could indeed populate the map with sectors and systems, coordinates and all. If one would want to do that, this guide is to help out with the (randomised) generation process.

It refers to random tables of the following publications (in order of publication date):

I think you should buy these books, because they’re all great. Therefore, I will leave out details and processes that are described in the books, focusing on ideas how different systems can be combined and plugged together to increase the random table worldbuilding fun.

“Space is big. You just won’t believe how vastly, hugely, mind-bogglingly big it is.” (Douglas Adams)
We know that the Shackleton Expanse is “located in the Orion-Cygnus Arm of the Milky Way” (SECG p. 23). It stretches “between 120 and 180 light-years accross” (SECG p. 302). Since we can assume the yellow squares on the Star Maps in CRB and the 4 Quadrant Books to measure a “sector” (CRB p. 205), only about a third to half of the Expanse is visible on the map – and only in two dimensions.

Space, however, is not only mind-boggingly big, but also three-dimensional. The “thickness” of Milky Way’s Disk is written to be about 1,000–2,000 light-years. This would give us up to 100 layers or 5,400 sectors to generate. That is, obviously, insanely big and more than enough for several lifetimes of adventuring the Shackleton Expanse. Enjoy!

I want, however, to propose three more reasonable approaches:

The Shackleton Expanse Campaign Guide defines 5 regions within the Expanse (SECG p. 305). You should allocate each sector to one of this region. I would encourage you to define one or two additional regions as you see fit, for notable “galactic terrain” see CRB p. 152 ff.

After every sector is set within a region of the Expanse, you can start to generate them all, one by one. For every system within the sector, follow the rules on SECG p. 302 ff. and let me offer the following additions:

Use the “Habitable Planetary Type” table (Table 10-2, CRB p. 308) to determine the primary habitable world’s class. Note that the SECG seems to use a different “Class K” than the CRB.
Also, roll once on the “Planetary Features of Interest” table (Table 10-4, CRB p. 308). Yet, modify the table to simply say “Inhabitants” for any line that refers to “inhabitants” on this table.

Instead of rolling a second time on this table, roll a Challenge Dice:

For each time you rolled “Inhabitants”, now create a culture that lives on the habitable world:

You can roll on each table on p. 290 of the CRB to get inspiration on physical, mental, behavioural or cultural traits of the inhabitants. You might also find inspiration on their biology and further traits within the alien creation process described in the SCD p. 97 ff.

For the creation of further worlds, note that the SECG seems to use other planetary Class designations than the CRB. Some classes described in the CRB do not appear within the SECG tables (et vice versa).

To randomly determine the number of notable spatial phenomena within a given sector, roll again on the “Number of Notable Systems” table of the SECG p. 302 and also roll a challenge dice. Halve the number that you got off the table, rounding down. Don’t forget to create new systems…

Note that there are several known worlds and phenomena listed in the SECG (e.g. the Pinwheel or the Homeworlds of the species described in the SECG). These places need to be allocated sectors (and, if you use them, coordinates). Note also that there are some interesting places missing in these random tables. Consult the information on planet creation (esp. CRB p. 307) and all the information on stellar phenomena spread over all the different publications. Think of, e.g. black holes, particle fountains, novae etc.

Crawling and Fog of War

One finishing remark: Part of the fun of hex-crawling, in my opinion, is the fog of war. Even if many (or all) sectors of the Expanse are populated with systems and species (and maybe even plots): The players should have to find out, first.

I would designate the following four stages of discovery / knowledge about systems (that, by the way, also serve great as traits):

At the start of a crawl, all sectors but one should have the uncharted quality. One sector should be charted and should contain two ore more charted systems. The player can then decide where to start their journey through the expanse. If the campaign features an admiralty level, this could contain plots revolving around charting new sectors and systems by sending (limited amounts of) probes or even the players to certain coordinates to do some cartographing.

That’s all, folks, thank you for reading (and commenting).

Part of the fun of hex-crawling, in my opinion, is the fog of war

I very much agree. The reason we stopped playing Traveller years ago was the game went from exploring to unknown to playing within vast empires. Yes we could have still played to old exploration type game, but pretty much all the game support switched to “empires” and life became too busy to leave enough free time to build everything ourselves or to extract/untangle the published material.

A Trek style exploration game sounds like a winner.

Pages 145 ff. CRB provide advise for the creation of planets. Yet, you have to create your random tables yourself. This is easily done as follows.

For each class, an average gravity range is given. Substract the lower value from the upper value and divide this difference by ten. Write a table from 2–12 and assign the lower value to 2. For each key above 2, add the result of the division you made before. The upper value will be assigned to 12. Now, you have a random table you can roll on with 2d6. The results are distributed on a bell curve, i.e. most of your planets’ gravity will be more or less average of the average.

Each planet class lists dangers (e.g. radiation). Each danger comes with a descriptor (e.g. deadly). For any danger that is listed multiple times (but with different descriptors) randomly pick one descriptor. If the danger is described as possibly present, roll one Challenge Die: only if an effect is rolled, the danger is present.

Also note that dangers (especially temperature and radiation) should probably be linked to type of and distant to the solar system’s star(s). This would, however, include more complexity that I have not (yet) thought about.

Write a table from 2–12 and assign the lower value to 2. For each key above 2, add the result of the division you made before. The upper value will be assigned to 12.

Am I misunderstanding the math, here, or does that result in 11 and 12 giving the same value? I mean, I guess that’s not a problem; I’m just trying to understand.

Maybe I just failed in the language.

Maybe I just failed in the language.

Gar. No. I’m doing the mental equivalent of the classic computer programmer “off by 1” error. In my mind there are eleven “slots” but the delta is only divided by ten, so it seems like the math doesn’t line up. I should have sat down and wrote out an example before posting, 'cause now I just look foolish.

I should have sat down and wrote out an example before posting, 'cause now I just look foolish.

Let’s just say that I double-checked my advise (with a hand-written table, just to be sure) because I did the same error while devising my method. Twice.

Who’s the more foolish? The fool or the fool who follows it?

Sorry, I just had to throw that in.

What am I missing?

Wikipedia says that L/Y/T are categories of red and brown dwarf, so it feels like there’s some redundancy between the L/Y/T and the Brown Dwarf categories on the Special Spectral Table on pg. 303.

Page 303 also has this line, “Note that results of II, II, Ib, or Ia along with the spectral type…”

Is Luminosity II simply repeated, or should the first instance say III?

Is Luminosity II simply repeated, or should the first instance say III?

I stumbled over the same issue and decided to interpret it as a typo. So, it probably should indeed say III.

Yet, neither the Spectral Class table, the Special Spectral table nor the Notable Spatial Phenomena table contain any O-type stars. 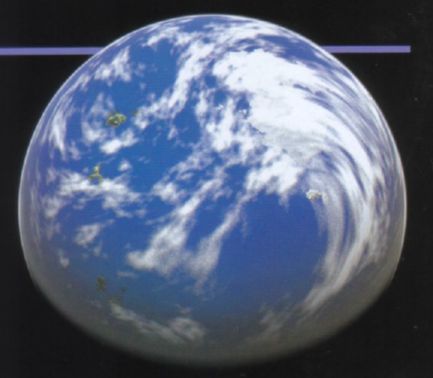 For other uses, see Class O. In planetary classification Class O or Pelagic planets are those with surfaces comprising 80% or more water. These planets may have some surface land (up to 19%), but it is not a majority feature. In all other regards,...

Yes, but where is it (= the O-type star) on the random tables in the Shackleton Expanse Book?

Seems to be missing. It should be in the Special Spectral Table. I’d modify it that a 4-5 means Class B and 6 means Class O. The rest stays the same. Class A is more abundant than Class B, so changing the table this way makes sense to me.

Don’t recall what happened since the book was done more than a year ago. Here’s the special spectral table from the pre-layout draft. Maybe this helps?

It is for a different game but Coriolis Atlas Compendium has a pretty quick set of tables to generate systems and planets that should work in just about any setting.