Hey peeps! Decided I couldn’t wait for the vault dwellers release, so I decided to make my own

I’m using the brotherhood lancers and night watch, as I feel they will work best. I’m avoiding power armour to differentiate them from the Brotherhood. 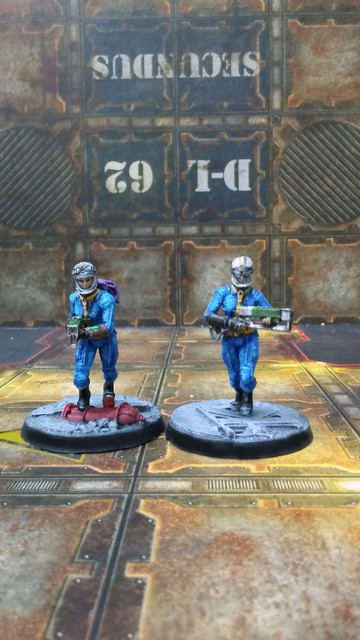 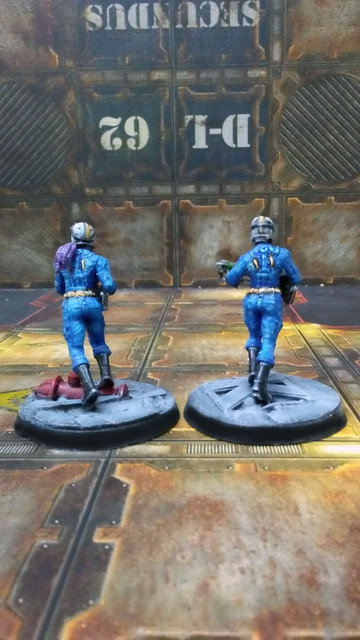 That’s a really cool idea, it works well! Will you keep any for your Brotherhood forces or paint them all as vault dwellers?

Those look really good. Are you planning to do similar with some scribes? Maybe paint up a Vault Tec themed power armor? Given how the lancers look, I could almost picture them (And possibly other Brotherhood models) acting as a Vault scouting party going into the wasteland. Will be looking forward to seeing more of your models!

Thanks for the kind words! I’m keeping the scribes and Power armour chaps for my Brotherhood forces

Ah cool, post pictures once you’ve got them painted!

Any particular faction(s) you’re focussing on?

Here is some of the starter set stuff I’ve painted up. Couldn’t get my hands on the resin unfortunately, but I think they are still okay.

Yes I’m going to be focusing on my Vault Dwellers (BOS) first. I’ll be painting up my combat armour dudes next. 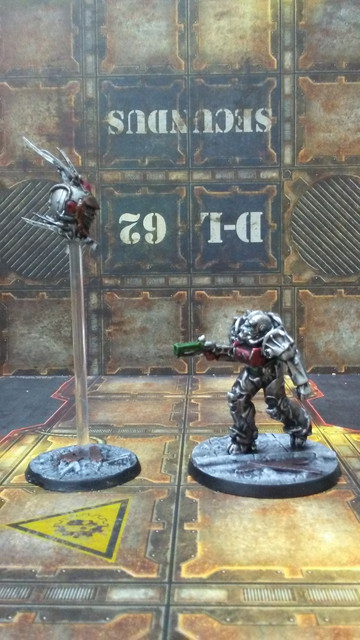 Looking good! Any chance we can get another angle of the power armor? Looks like you did a red scheme with the chest and I’d love a better look at it. Any story behind the choice to do the chest piece like that?

I think the resin starter sets (or at least the miniatures set for it) are back in stock now, but they were out of stock for quite a while.

I like the purple hair on the Sole Survivor, and the nuka-cherry on dogmeat’s base! Same as GateKeeper though, I’m curious about the red on the T-60 and Eyebot

Ah yes well spotted, i will take some closer and better pics, as he also has red on one of his gauntlets. Their is a back story there

Paladin Dom Read leader of Read’s Revolvers. Originally before he joined the Brotherhood, he was known as John Red. He was sort of a hero of a small town. Even at a young age, he could fend off raider and wasteland creature alike, with great marksman skill and physical strength. He was loved by all and was a seen as something of a local celebrity. All that changed when a force of super mutants decided to raid Red’s settlement. He was knocked out early in the battle, and missed what became a total bloody massacre. The whole settlement was left in ruin, with barely any surviors.

Disgraced he changed his name to Dom Read, where he wanderd the wasteland. By chance he came accross a Brotherhood Patrol fighting some raiders. Impressed by his skill, they recruited him to the Brotherhood. As a initiate, whenever he went to sleep, he would wake up the next day to find part of his armour painted red. Dom realised someone knew who he really was and was taunting him. No matter how many hours and time he cleaned his armour, he would always wake to find it repainted red.

As the years went by, Dom raised in ranks and became a Brotherhood Knight. None would dare paint a Knights armour red, save for Dom himself. As a reminder and acceptance of his past, he always painted red on his power armour. As he grew further in rank and prestige, one day he took charge of his own squad. He was a strong a leader as he was a marksman, loved by any who fought at his side. It wasnt long before his squad mates would paint their armour too

Very nice. Enjoyed the story a lot. I had completely missed the red hand on the model!

I like the idea of him choosing to own his past like that, you should post about his exploits as he gets used on the tabletop

Sorry for the late reply. Glad you like the back story 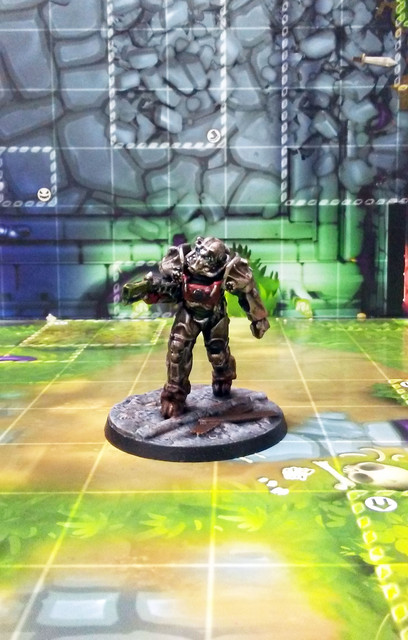 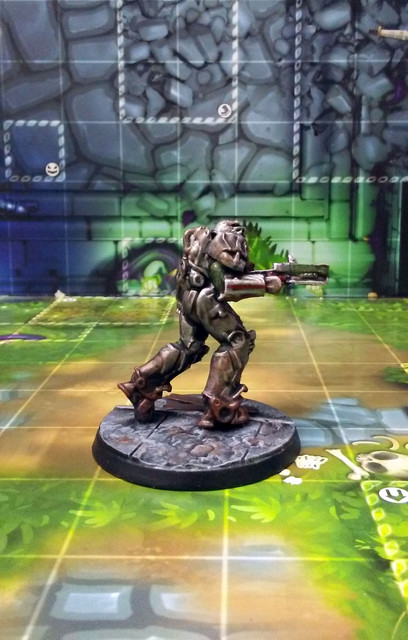 I like the backstory! Dom will definitely be more fun to play as a result. I think the mechanics of this game lend themselves to a more narrative approach. I give mine some as I paint them too. it helps keep me focused on my painting and guide the details I add… In my case, I am working on Fallout South Dakota. So I have a ghoul in NSU athletic gear, the MC patches on my raiders (who will, of course, be from Sturgis, and the Guy in the Wall Drug sweatshirt.