Hey peeps! So I had my first game the other day, and boy did we have some fun! It was a really dull day and hard to take pictures, but I got a few useable ones. I will take much more next time and add some extra lamps.

We played game 1 of the linked campaign. I don’t have a massive table, so we played on just 1 mat, which in retrospect wasn’t the best idea lol. We split 500 caps of survivors between 2 of us, against 500 caps of AI super mutants eek!

Mine and Ursula’s Survivor force

The super mutants force was the exact force from the 2 player set.

Most of the super mutants charged recklessly in, but one decided to burn some crops instead, doh!

The survivors tried their best to fix some fuses, but we failed all our skill checks. Only at this point did we realise the ramifications of only having 2 models that could use the computer skill.

The action really upped this turn. One mutant hound charged dogmeat, almost killing him outright. He was left crippled and very low on health. The other charged Initiate Goddard, who managed to deflect all the damage thanks to his trusty T-60 power armour. My sole surivior decided to leave the fuses and fight back. She did some great damage with her laser rifle, which I have decided is my fav weapon. The eyebot also did some great return fire. The super mutants missed with all of their shooting, few.

Dogmeat failed to do any damage back with some unlucky rolling, coupled with his crippled status. The sole survivor finished off a super mutant, YES! Super Mutant hound finished off Dogmeat, while the other kept fighting Initiate Goddard. The super mutant Brute also charged Initiate Goddard, who did some serious damage, but his tankyness held out. Super Mutant aviator did some nasty damage to the poor Eyebot.

Things got really nasty this round. The Mutant hound and Brute almost killed Inititate Goddard, leaving him with 2 health. His power armour lay in ruins. The aviator mutant left the Eyebot with just 1 health left. Combing fire power, the sole survivor and Eyebot shot down the super mutant aviator. The other mutant hound charged the sole survivor, but thanks to the dice gods, managed to fluff all his hits.

In a big risky move, the eyebot shot into the combat between the sole survivor and the mutant hound, and did some big damage. Likewise the sole survivor held her own and did some good damage against the hound. The other hound charged and killed the eyebot flat out. The brute decided to take a break from killing and burnt another crop token. At the end it was just the sole survivor left against 2 mutant hounds and the Super mutant brute. Nobody managed enough objectives to win, or wipe each other out, so it was technically a draw. We learned alot from our first game and had a blast doing it. Looking forward to taking what I learned and playing lots more

I’ve played lots of tabletop games, with my fav being skirmish like Necromunda, KillTeam, Malifaux and this did not disappoint, highly recommended to those on the fence. It’s a solid rule set, with lots of interesting mechanics and most importantly, super duper fun! 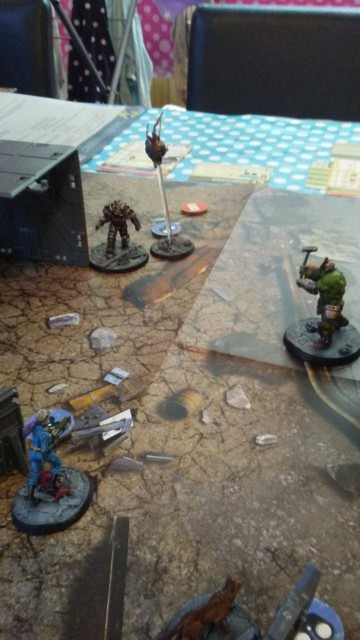 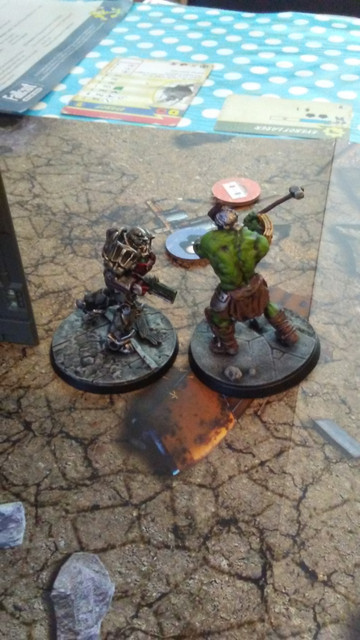 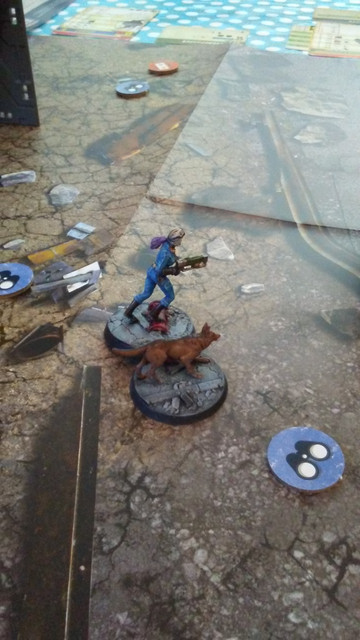