A Dune Roundtable which includes Andy & Rachel Wilkinson (one of the Dune writers).

It is long (2hrs) but we do get some interesting views on the ideas behind the dev decisions and a few nuggets on the future.
I’ve pulled out some of the key points below:

((By the way Andy when are Ginaz Swordmasters coming out? 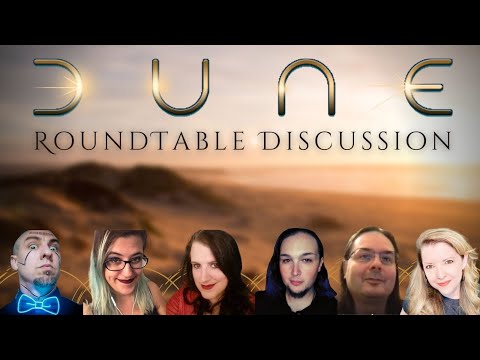 Subject to approval I’m planning to bring in Ginaz Swordmasters in Imperial Court.
They are very tricky to fit in.

“I’d like my character to get trained on Ginaz.”
“Congratulations, the ruler agrees you are good enough. See your character back in the campaign in five years.”
“What, I can’t play them for five years?”
“Not entirely, we can see if they get killed on a yearly basis.”

Five years later - character returns and throws Fremen and Sarduakar across the room.

“Giedi Prime is a real fixer-upper of a planet. With only 30 days and a limited budget, can Paul and his Fedaykin demolition crew turn it into a showplace and resell it for a profit? Tune in and find out!”

He’s an out of work spice trader. She’s a water seller with no water. Budget 5 billion solaris.

Really looking forward to the Agents of Dune set. I already have everything I need to play and run sessions once a week. I am hopelessly addicted to box sets though and am just waiting to throw my money at a pre-order.