For the Super Mutant scenario Breakthrough, the mutants have to capture enemy models by getting into melee range and then spending an action to roll a blue die. If the model has less than 50% health left, all three results of the blue die mean that the capture was successful. But then isn’t that a guaranteed capture, which is also the case if the targets health is under 25%? I don’t have one in front of me right now, but I’m 95% sure that the blue die doesn’t have and blank faces.

Correct. There are no blank faces on the Blue Dice.

It does have a number of results which are two of the same symbol or two different symbols on one face. All of the results apart from the last one on that table would be looking for single icon results from the Blue Dice (so a bottle, but not double bottle or bottle star). The last result on the table would not need to roll, therefore forgoing the issue the earlier results would encounter.

Okay, so just to confirm,

I was confused because I thought it was saying that you needed to have one of those results when the die came up.

If that’s the case, thanks for the clarification!

Just as a follow-up, I recently played the Circuit Breakers scenario, and in that one there is this special rule. 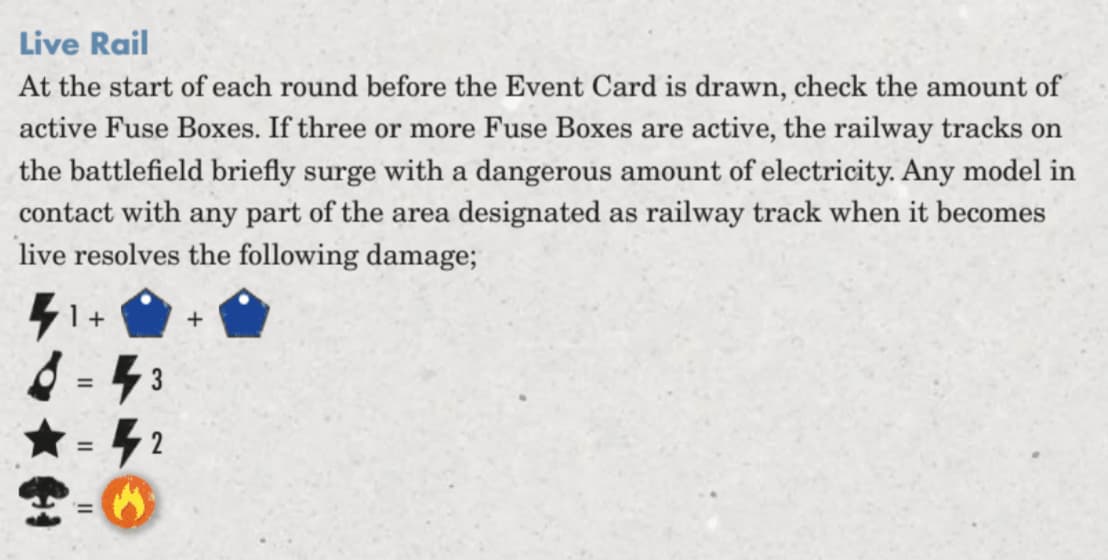 In this case, are double-results also to be ignored? Or are they to be summed up? Because rolling a double-bottle on a blue die could either mean 6 damage or none, depending on how it’s interpreted…

That’s correct. If you look for any single result on that dice, as you have pointed out then the table doesn’t really work.

Is that Circuit Breaker scenario in Astounding Awesome Tales? I can’t seem to find it?

My gut thought would be the damage you get there would be for each icon you roll so a double bottle would be six damage. It works just like checking for SFX results when firing a weapon.

Sorry about that! Circuit Breakers is from Caught in the Crossfire. When I played it I interpreted is as you described, leading to an 8-damage roll. After this confusion with Breakthrough, though, I was wondering if I was reading it wrong and it was supposed to be slightly less lethal.

I think we’re both right. The Live Wire rule then works like the Special Effects results on the blue dice.

Cool, glad to have that cleared up! If you could pass along the feedback to the rules editors, though, to be more explicit when the results are “face-only” like in Breakthrough, or “special-effects-mode” like in Circuit Breaker, that’d help clear up future confusion. Thanks!