Where is the Galactic Map?

Is there a galactic map anywhere in this book? I picked up the Gamemaster Bundle standard edition and haven’t found a map in the core book. Having a hard time deciding which to run first, Dune or Fallout? Both are amazing books.

I’m afraid there’s no definitive map of the Known Universe (or at least we don’t have one).
I’d like one but its very spread out over a vast amount of planets.
Trickier, but more useful, would be a map of common Guild Heighliner routes.
It’s on my list to see if we can get something similar sometime.
But given travel times are an instant no matter where you go its not as useful as it might otherwise be.

I’d say run Dune first, but I am a little biased

Thanks for the reply. I’m a little disappointed but no big deal, I can make up my own map. I am planning to run my game in the era shortly after the Buttlarian Jihad when the Spacer’s Guild didn’t have a complete monopoly on space travel…when other companies, slavers, smugglers, and houses used their own ships to travel. This of course took much longer than a guild ship and was far more dangerous, but is also more interesting to me. Particularly the idea that the Guild considered themselves the primary owners of Arakis and anyone trying to harvest their own spice needed non-guild transport.

A part of me really wants to run this sooner rather than later but I think some additional products could really be helpful to kicking of a successful campaign. I’m particularly interested in what migh follow as far as era books and especially a more complete House creation book that is alluded to in the corebook. Really love the adaptations made to the 2d20 system for this setting.

Over on the discord channel Keith posted the below link where there had been an attempt to create various maps of the Imperium.

They aren’t the prettiest, but there is solid reasoning behind them.

If you are happy with Dune Encyclopedia derivative content then the article discussed here The Stars and Planets of Frank Herbert's Dune: A Gazetteer | Dune Wiki | Fandom. …was shared by the author back when I was making my own D20 version of DUNE.
[EDITED - Link to much more useful editable version]
Dropbox - The Stars and Planets of Frank Herbert.doc - Simplify your life

Actually another thing I found missing, and given the starting focus of the game, is a map of Arrakis included in the corebook.

Was there any specific reason why it wasn’t included, @Andy-Modiphius ?

The GM screen has a map of the Northern region of Arrakis.
Andy has said that the screen will be available as a pdf so you would be able to use that as the map.

Hi, I’m new here… And new to the game - only just ordered the GM bundle and received the PDFs. There doesn’t seem to be a map of Arrakis anywhere - at least, not in any of the PDFs that I can see. It’s hard even to think about running an RPG without a map!!!

You may want to check out the GM’s screen…

I have. The PDF booklet has no map that I can see, and both the PDF GM Screens are single-sided screens - one fancy, one plain, with a lot of tables. No sign of any maps anywhere.

The outside of the screen is one big map of Arrakis.
I’ll check what we uploaded as that should be part of the package.
If not we’ll update it.

The screen I’ve downloaded (three times now!) only has one page - the ‘inside’ with all the tables - there is no ‘outside’ (the bit facing the players). I’ve also opened it in about four different apps which will let me view PDFs on my Mac and iPad to make sure it being absent wasn’t just the result of some sort of ‘glitch’ or incompatibility.

@Andy-Modiphius I’ve just had a look at the GM download pack I have and the outside of the screen isn’t part of the files.
It was present in the collectors edition set with the file name of ‘gm screen outside digital 23-3-21’
Hope that helps. 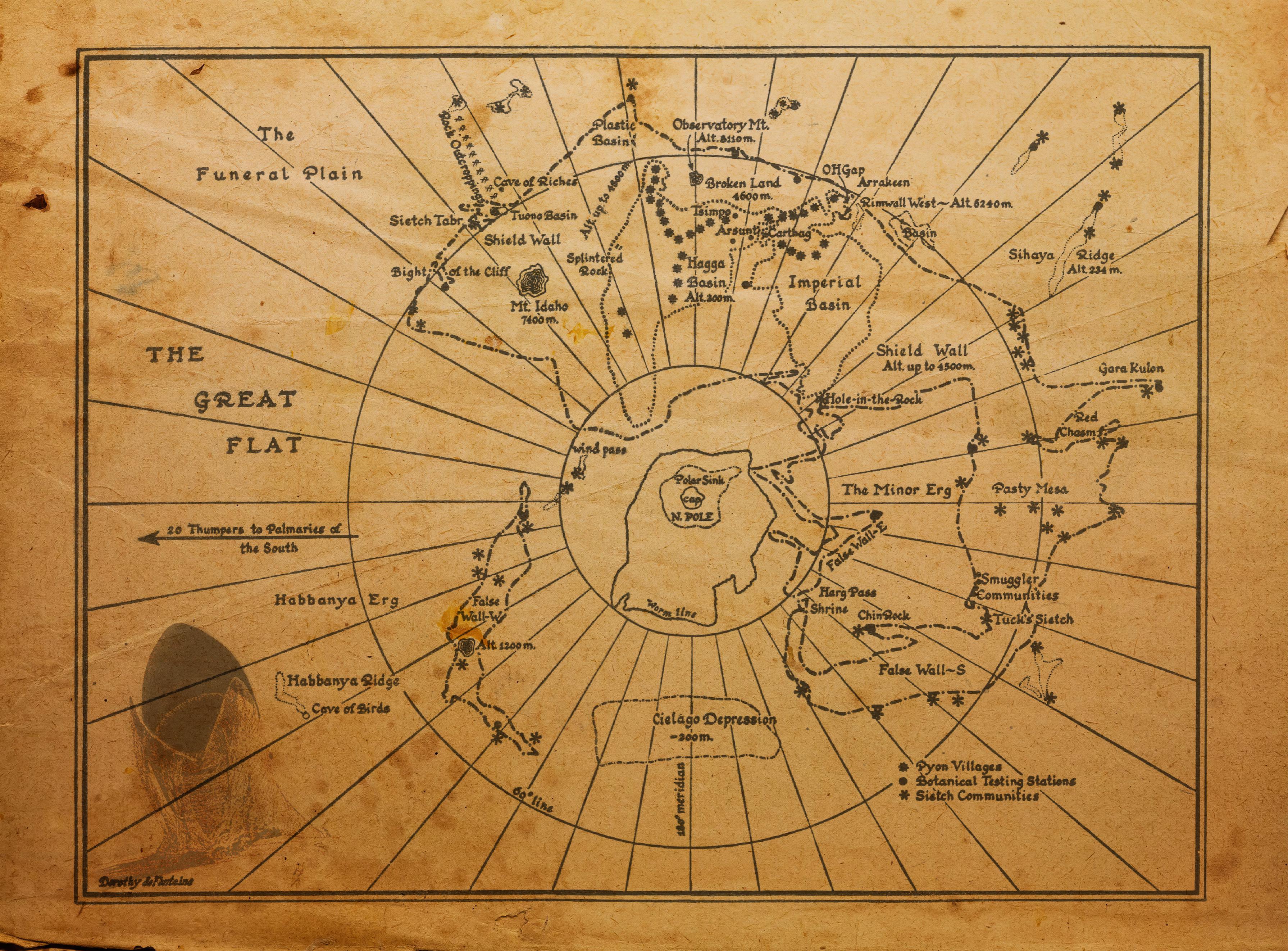 I was surprised that Sand and Dust didn’t come with any maps. Obviously the one above is grand for pottering round the desert, but nobody seems to have done a map of Carthag or Arakeen.

Hi Tupper! You can really play this RPG without maps. I like using maps too. I’ve found several Dune maps of various locations through Google, DeviantArt, Reddit. Someone (a fan group) is making a “World Of Dune” they are reskinning a video game WoW to look like Dune. Their graphics screenshots are cool. Look them up. There’s no rule against using Non-RPG materials, in your RPG. Anything that’s Dune can be useful for our personal games of this RPG. Of course I agree I’d like new official maps from Modiphius too.

Last, I also have a picture of Arakeen as it looks in the 2021 movie. Direct message me and I could send that to you. Not a top-down map. Great visual aid though.

We’ve had an update so you should now find the screen outside is part of the package on our webstore and drivethrurpg. Sorry about missing that, thanks for pointing it out.

@Gold Thanks for the offer of the picture of Arakeen. I’m not quite sure how to direct message someone, but I’d be very keen to see it.

DMs aren’t enabled on the Modiphius forums.
Gold is on the 2d20 Discord though so easy to message them there.

Check out the 2d20 Gaming community on Discord - hang out with 681 other members and enjoy free voice and text chat.