I’ve spent the last little while creating an unofficial fan expansion for the ES:CtA which I’ve called Strongholds. The basic goal of this expansion is to provide a way for players to have persistent progression without upsetting the game balance. This is done by having a meta-narrative mechanic whereby players earn special currencies for completing adventures which are used to upgrade their Stronghold. Upgrading the Stronghold unlocks new gameplay options for your warband.

I have no experience in game development and creating this fan expansion has been a fun little hobby for me while I’ve had a week off from work. That being said I think some of the ideas I have for this expansion might have some merit to them. If anyone has time to give it a look I’d appreciate any suggestions on how I can improve on my first draft. 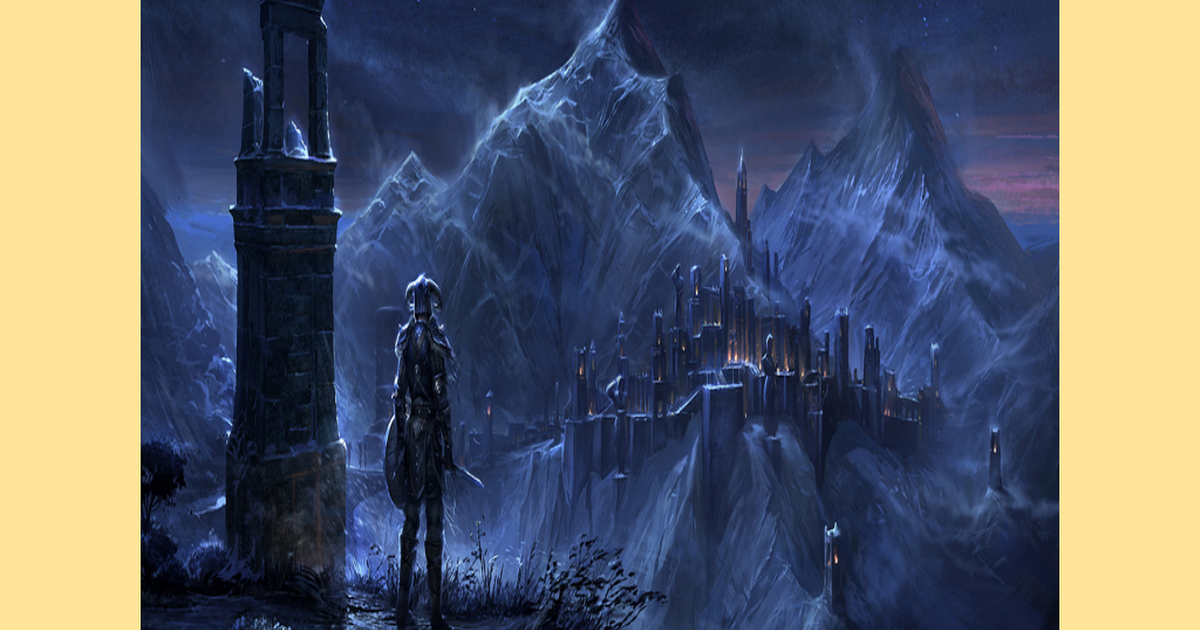 Looks really interesting and is exactly the type campaign framework I’m dying to get into for the game! Won’t be able to try it for a couple of weeks I think, but looking forward to jumping in for a full campaign as soon as I can!

I will definitely be giving this a look, thanks!

This is just the kind of thing I was wanting to do! I can’t wait to start running this as a campaign. Would you be opposed to me putting out battle reports on a campaign revolving around this?

Not at all! That sounds awesome!

Just as a small heads up, I’m going to try and post the first update to the expansion on Monday. It’ll fix a few errors, add a couple more upgrades and include an event deck.

Alright, thank you! I look forward to seeing the update, and I think I will wait until then!

Love it! Gonna try it with my local group next month!

Thank you to everyone who has taken the time to give my fan expansion a look. I’ve created a small update based on some feedback I’ve received.

In this update I’ve made the following changes;

For the next update I’m going to try a create rules for linked series of Delves which will represent the endgame goals of the Strongholds Campaign. I’m also working on a 52 Card Random Encounter Deck. The Random Encounter Deck will simulate those zanny encounters you can have while wandering the open world of Tamriel on your way to the next Delve.

Thanks again to everyone who has taken the time to look at my expansion!

Note: I deleted my last attempt to upload this because I noticed formatting errors in the PDF I had uploaded.

So just did my first game of the campaign, a narrow victory with the golden claw. Obviously I haven’t had a chance to interact much with the mechanics since I can’t afford anything yet, but I’d like to give a little feedback regardless. Starting with just one character in a delve can be pretty harsh. I know this is supposed to be the Dragonborn’s story, but is there any way you could add a generic mercenary that doesn’t require any buildings to recruit that we could run with Lydia on the first few missions? I know that’s a bit much to ask as it might require a custom card, so maybe start with a warhound or two? This request is more selfish, but I’d love to see a Dwemer workshop in the future to allow us to recruit Dwemer Automatons. Maybe have crafting a Dwemer Colossus be an endgame goal that you can run in one final mission to claim a lost Dwemer city filled with enough automatons to tip the war in whoevers favor you want. Anyways I love the work you put in to all this. I’m also planning on doing battle reports with your system, I even have the first one uploading right now, just don’t expect much.

I’m really glad to hear you’ve tried out the expansion!

And based on the play testing that I have done, I think your point about essentially forcing the player to start the campaign with a one model party isn’t the best way to open the expansion. I think adding in options for a war hound or maybe a cheap follower such as the Breton Ranger or Orc Bandit could be a good idea.

And I look forward to seeing any Battle Reports you put out!

Thanks again for the feedback!

Just to tag in slightly on the ‘cheap follower’ point, the upcoming Bandits would also probably make for some good ‘generic’ mercenary type units once their rules are available.

Yeah, that’s a good point. I’m planning on incorporating chapter 3 into the expansion when the cards are released.

I’m also thinking of raising the initial Septim Limit from 100 to 125 to give people a few more options in outfitting their starting warband.

So I just got finished uploading my second battle report with this homebrew and made sure to link this thread in it. I hope you don’t mind, I probably should have asked first, sorry. Anyway I think 125 is a better starting point. It allowed me to take the weak profiles for the khajit theif and breton ranger at the cost of being cheap with my armor. I think them and the ork barbarian should be your starting nameless mooks. I haven’t gotten to any upgrading yet, but just starting at lower septim values than I would normally (well normally is a bit of a stretch that was my third game) was pretty interesting. It will also be interesting trying to choose my first upgrade I’m torn between market and imperial outpost. Also hope you don’t mind if I drop my battle report here. Elder Scrolls Call to Arms Stronghold Campaign Part 1 Redo - YouTube

I’m very humbled that you enjoyed the expansion enough make a battle report using it!

I’m working this weekend but I look forward watching the report on Monday!

I really like your Idea and will play soon, i created my own campaign system too which allow to learn new perks for heroes and some other thinks, i think that it can be really interesting to put your and mine system together if you are interested

Hey sorry if this counts as reviving an old thread or anything, but I just want to say I really want to try this system combined with Lubosito’s character progression. I’d be glad to test it and post the results if at all possible. Also sorry for not continuing the battle reports, life got in the way, but I’m ready to record again.