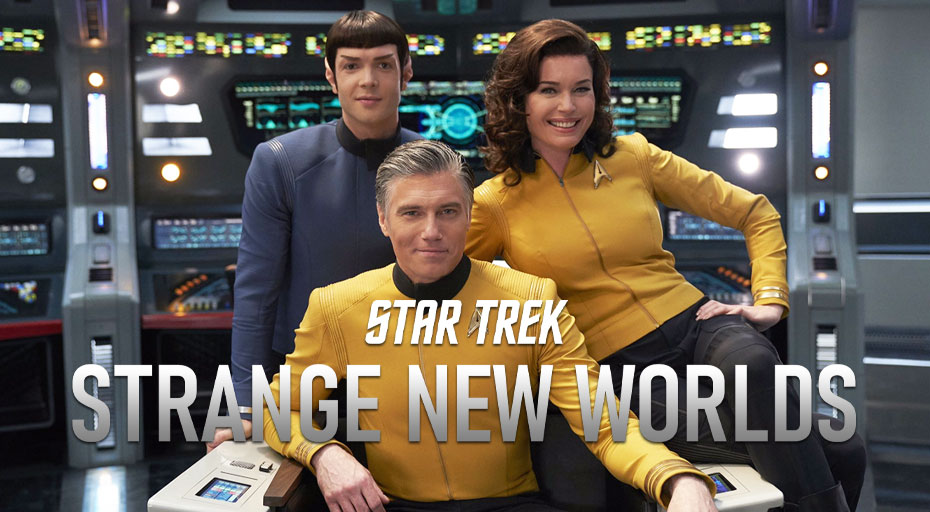 Yes that’s right that Captain Pike series is official and it’s Strange New Worlds.
I sincerely hope we’ll get some minis to go with my shelf of shame, which is slowly shrinking, if the licence is ever acquired by Modiphius, which I hope it will be.

And as far as I can make out, Anson Mount, Ethan Peck and Rebecaa Romijn are all on board (as it were)…

Far too early to talk about licenses, but I sure am interested. I’d make a spot on my white board wish list for it for sure.

That is not surprising, but it’s still fun to see that what we’ve been pining for is being released instead of just teased. Now where’s my Captain Worf show?
I have two minor tweaks I hope they make to the costumes thoigh, make the collar symmetrical and put the delta in the right spot and then we’ll be cooking with gas!

Sorry, but they will not change the uniforms. They are a very good modernization of the original ones and really look like uniforms.

Oh I know, I like them too, just need to fix the asymmetry and lower the delta… Which they’re not likely to do. But would make them go from A- to A++