I’ve been mucking about with MC3, looking into a lot of stuff.
One of those things I was wondering about was the outer Solar system. And the lack of detail there has been to it. In Imperial, it mentions the two Jovian colonies and a single colony on Saturn, so, I’ve been wondering a few things about that.
According to the timeline, there was colonies out there before the Fall, and I can imagine there has been quite a lot of shifts throughout the years.
And what sort of stories would you tell in those places? It’s inhospitable places, and there’s filled to the brim with Dark Legion out there?

Also, I’ve been trying to find something on Pluto. Someone said that there was something to be found… somewhere in one of the books?

They found the Steel Tablet on Pluto.

But did they find anything else on Pluto? Is there anything written about Pluto other than the finding of the Tablet?

Also. Do any of you know if there’s any use of the Tablet nowadays?

I’m fairly certain that, after the tablet was discovered on Pluto, the people who discovered it died horribly, and nobody has gone back since.

Yes, that is correct.

Given that the Dark legion controls most of the space beyond Jupiter and Saturn etc… It’s pretty much a suicide mission.

Given that the Dark legion controls most of the space beyond Jupiter and Saturn etc… It’s pretty much a suicide mission.

Any mission that means you end up on Pluto sounds very dangerous!

I’m thinking it would be awesome to make an adventure out of reconnecting with lost colonies. I’d have the players make some serious spec op types. But the twist would be that when they got there everything was fine. The survivors have had it rough for sure, but they’ve learned to get by without contact from the home planet. And then something the players brought with them causes all the problems. Like the corporate stooge they bring is actually a heretic, or the isolated computer systems were untainted til the players started using them.

I have a few ideas regarding the moons and planets. They’d be no Utopia though… dark satanic mills and all that.

Check out the Living Campaign also, which takes place in a remote space of the Asteroid belt.

It’s mentionned in the Dark Soul sourcebook (if i remember right), that were was some kind of rift-like effect that buried plenty of nasty critters there nd tha tteh Dark Legion is there and is tunneling through to get them out of the ice and into their ranks.

For some reason, I had thought Imperial’s homeworld and city of Victoria was on Ganymede…must’ve misread…

I always thought Victoria was on what we call Ceres?

Ceres vs the Moon and Earth

From the Imperial Sourcebook…

Ceres is a Cybertronic holding, if I remember correctly

Thanks for the info!

Size comparison of planetoids in the Asteroid Belt

Ah.
But is Jupiter’s moons open for colonization, or is that also off limits by the Edicts of Toth?
It said “Beyond the Orbit of Jupiter” after all…

In the 3rd Edition Imperial has a settlement, Jamestown, on Ganymede and another, New Talbot, on Titan - one of Saturns moons.

It is also hinted that there are more, lesser mining colonies in the outer system.

Oh, and Cybertronic are also present in Ganymede btw… 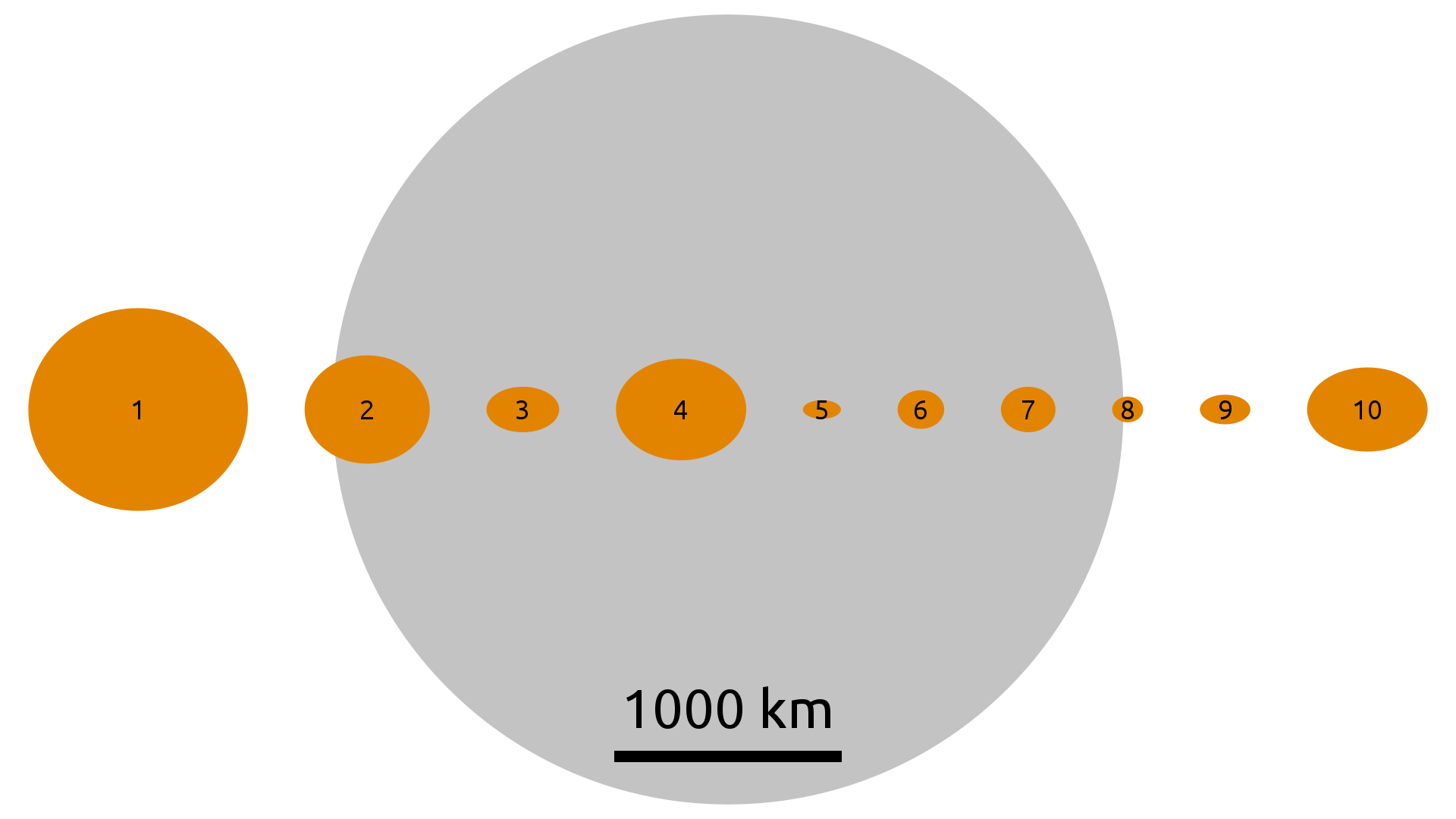