There are also a few options for android characters in the Talents write-ups, and one or two general Talents that haven’t been published before.

I’m just glad we got stats for La Sirena. I’ve been waiting 2 years for that.

And who woulda thunk that a ship as shiny and neat as La Sirena would be 100 years old? Rios must have busted his butt several times over to get La Sirena to look so well maintained for a century-old starship.

YAY! now maybe we can get rules for romulan campaigns and starframes?
pretty please?

Agreed. I want to see the stats for the STO ships we saw at the start of Season 2 pf Picard. The STO ships need Modiphius love!

I especially want to see stats for that starburst-thingie Borg ship we saw at the start of Season 2 pf Picard. Is that thing bigger or smaller than a Borg cube? And what is it called anyway? A Borg dodecahedron or something? (Or is that already a thing?)

the STO ships for the most part I would assume would, much like in STO, simply be “take the TNG ship it’s based on and update to modern tech”

but even if that is the case there are a LOT of ships that we’re missing the stats for.

-The Romulan Valdore/Mogai
-Scimitar class (this could be made less OP bu eaither explaining that starfleet quickly figured some of the tech out, of fluffing the romulans put a less OP production varient in)

So if we’re including other spaceframes from Picard I would like some official Ross Class base stats? Please and thank you. Love that it’s canon class now!

You might see a few Picard season 2 spaceframes in the forthcoming Utopia Planitia sourcebook.

BrainDavion, the Valdore class is already in the Shackleton Expanse book on p. 298.

ninjew42, what is this Ross class starbase you’re referring to? Are you referring to Starbase 375 or something else?

Ross class is a ship spaceframe, not a space station. As far as I know. I don’t play STO, so maybe there’s a Ross-class station in it?

The Ross class is basically the upgraded Galaxy class btw.

Right yes, base stats of the Ross-class. I’m more looking for the information on things like their talent of having a second warp core, etc.

Nah in STO the Ross class is a Galaxy “skin” that is in the 10th anniversry legendary ships pack. I can post some screenies of it if you’re curious

So the Ross class is just a variant of the Galaxy class. Gotcha.

As for the Borg ship in Picard Season 2, I just rewatched the final episode of the season and the new Borg ship looks (to me) to be roughly Scale 7 or 8 in comparison with the Starfleet ships. It’s pretty big but not nearly as large as a Borg cube.

Nobody else has mentioned it yet, so I’ll throw out that the Ross was (I believe) created to be the players’ ship on Clear Skies. The opening credits of Clear Skies gives a special thanks for Thomas Marrone. 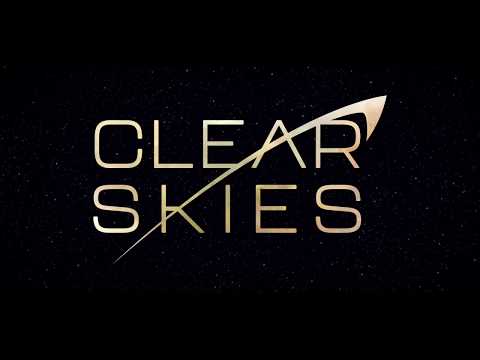 You’re most absolutely correct on that one.

So the Ross class is just a variant of the Galaxy class. Gotcha.

In essence, the Ross Class is an updated Galaxy Class just like the updated Enterprise D of “All Good Things” (TNG series finale). In Clear Skies Lore, there were competing engineering teams on updating the Galaxy Class and the team designing the Ross class took design patterns of the Sovereign Class to infuse the Galaxy Class with, creating a new class that is a bit of a mix of both designs.

Anyway, I’m SO glad to finally have “full” romulan stats. And as I’m one of those who were pretty entertained by PIC, I’m looking forward of more material, especially focussing on Romulans. They used to be my all-time-favourite antagonists in Star Trek (recently, Cardassians are somehow catching up).