I’ve read about the unofficial implementation for Fantasy Grounds, so I’d like to explain my intentions for another VTT. I don’t use Roll20 or Fantasy Grounds, but rather a new VTT known as “Foundry”, which I personally find more appealing. It’s still under development and has no “official” systems, relying instead on the community to add them.

I wanted to play Star Trek Adventures using Foundry, and as an experienced programmer I decided to implement it myself. It doesn’t work yet, as I’ve barely started and I took a break for other work, but considering the implications I wanted to explain what I was doing before I continued and published it.

I have no intention of selling it. Most of the work done for Foundry is a community effort, and I also know the implications involved with copyright. But I do want to know what the possibilities are (official or unofficial) in terms of permission and legality, to cover all bases.

Email Support@modiphius.com and I’m sure Chris or someone else will get back in touch soon as they can, would also love to see the other 2D20 systems done in such a way that i could run games without having to subscribe to a service.

Okay, thanks. That’s perhaps a better way to get in touch.

Looking to move some of my home sessions to a VTT temporarily due to the Corona virus. I’m curious if there was any response/progress on getting STA into Foundry. I tried Roll20 with a different system (which wasn’t officially supported) and did not enjoy the experience.

Unfortunately, there has been no development progress as of yet. And no response yet either (although I think it could also be a matter of making progress to demonstrate it). It will take some time however, so it won’t be functional any time soon due to other work.

There is a gameready table Mod for TabletopSimulator over at Steam. But you have to pay for that game

Any news on this topic? I would love to use Foundry to host my games.
If help is needed, I’m here to help set things up.

It’s currently delayed while I’m working on Fate, so I will continue once that is done. I’m also keeping things under wraps until I have something pretty and functional to show, and I contacted Modiphius.

It’s still a little early, but I’m about to continue with this. In the meantime, I’m working on a standalone character creator/manager desktop app, inspired by D&D Beyond. I’ll be developing that a little before getting back to Foundry.

I would really appreciate a STA ruleset for Foundry VTT. I dont know anything about programming or html css style. Otherwise i would help if I can.

I’m searching for a different VTT to Roll20. And at the moment there is no STA ruleset on any other VTT. So i have to wait until the ruleset is applied.

Thumbs up for your work.

Astral has something set up - it’s mentioned elsewhere in this forum - but I don’t know how well it works.

And there’s something coming for Fantasy Grounds.

There is a single Mission in Astral. With Chat Sheets. But these sheets are only accessable in the single mission. So you can’t usw the character sheets in your own game.

And sadly i dont like Astral this much in fact of usability of the dice roller and character sheets. The other VTT are quite better in this case I think.

I’m disappointed, that i can’t do this in my own… But thats how it is. So i will have to wait

Looks like we finally have some Foundry implementation, this is not created by me, bit it looks really good, heads and shoulders above what Roll20 was offering at first. 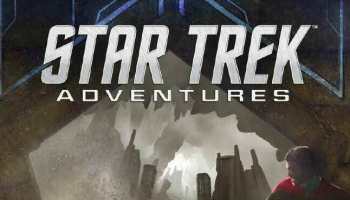 This is an unofficial system for Foundry VTT using Modiphius's Star Trek Adventures 2d20 RPG. This system attempts to replicate the feeling of playing through an episode of the epic SciFi that ...

Wow! I’m not currently running STA but it’s on the docket for sure and this will be amazing!

Yeah, unfortunately there’s a bit of a “first come first serve” conflict going on. Nothing real aggressive, but still emotional at least on my side but I’m sure on both sides. Either way, you can start playing right now with more coming.

EDIT: These issues have been resolved, so at the moment there will be two implementations of STA for Foundry.

Has anyone prepared any Foundry adventure, I would be really happy to see any good example that will help me understand Foundry VTT and allow me to create my own