Federation Starships, and mission pods, in my Trek Universe

Given the inconsistencies in Utopia Planitia, and the several fan examples floating around the internet, I’ve decided to post my own ideas about starships and mission pods.

First, it is possible for a pod-capable ship to have no pod. Forgoing the pod on a player ship reduces the GM’s Threat by 2.

A pod capable space-frame has a number of traits equal to its class size, minus two, with a minimum of one trait. The missing two traits are provided by the selected pod, if any.

In my Trek universe there are several additional classes that can use mission pods.

Danube. Clearly runabouts can have mission pods in addition to their mission modules. Common pods include weapons, sensors, and command. As pods are less often seen on runabouts, and provide significantly increased capabilities, selecting a mission pod for a runabout increases Threat by 2, and not equipping a mission pod does not reduce threat.

Oberth. The Grissom was an Oberth with a Sensor pod. Additional common mission pods include hospital, weapons, and warp propulsion. 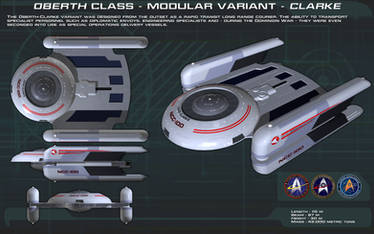 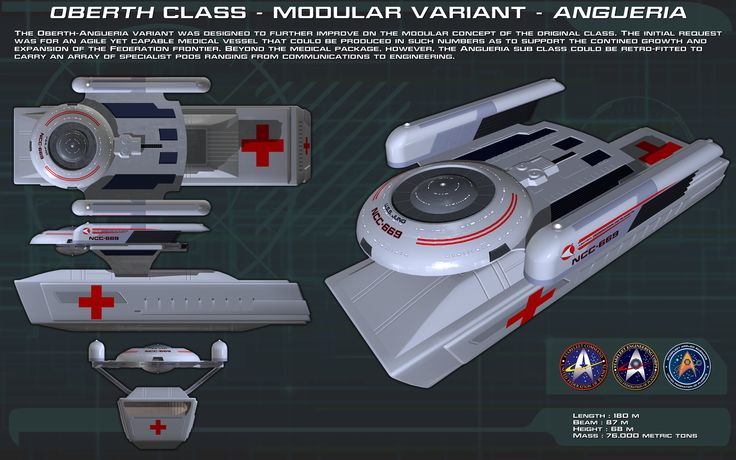 Antares. In my head canon the TOS era Antares looks like this: 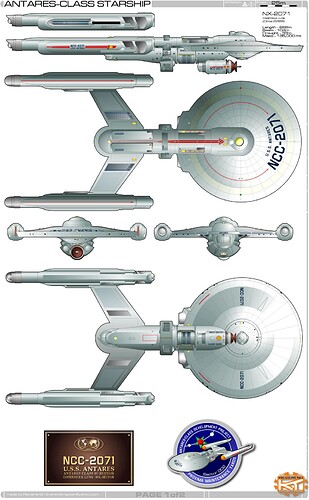 …and is capable of carrying a mission module equivalent to the published mission pods. Common modules include sensors, emergency recovery, and astrometric &navigation.

Arminius. The Arminius class corvette is a TOS contemporary of the Constitution and Hermes: 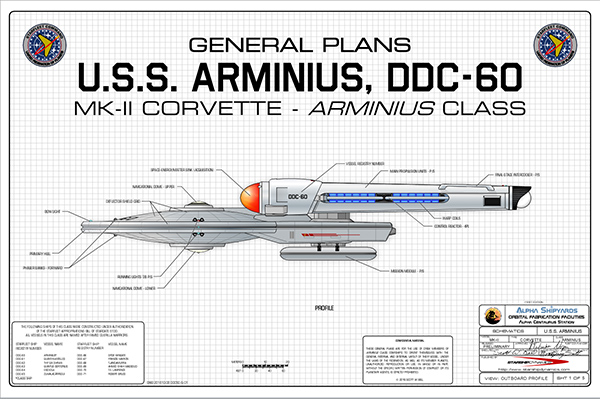 Miranda. In my head canon the Miranda class is an evolution of the photon-less Anton class. Without a weapons pod, the Miranda is armed only with phasers. Common pods include weapons ( Reliant), sensors (Saratoga), and Astrometric & navigation (Bozeman). It is also not unusual to have no pod at all (Lantree).

That’s an interesting interpretation! I like it and may use some of those ideas myself, especially given the presence of a Danube with a specialised pod in Shackleton Expanse.