@glowface Based Resourses - Pregenerated characters and house for one shots,Planets of the imerium, Sample Drive Statements, and complication ideas 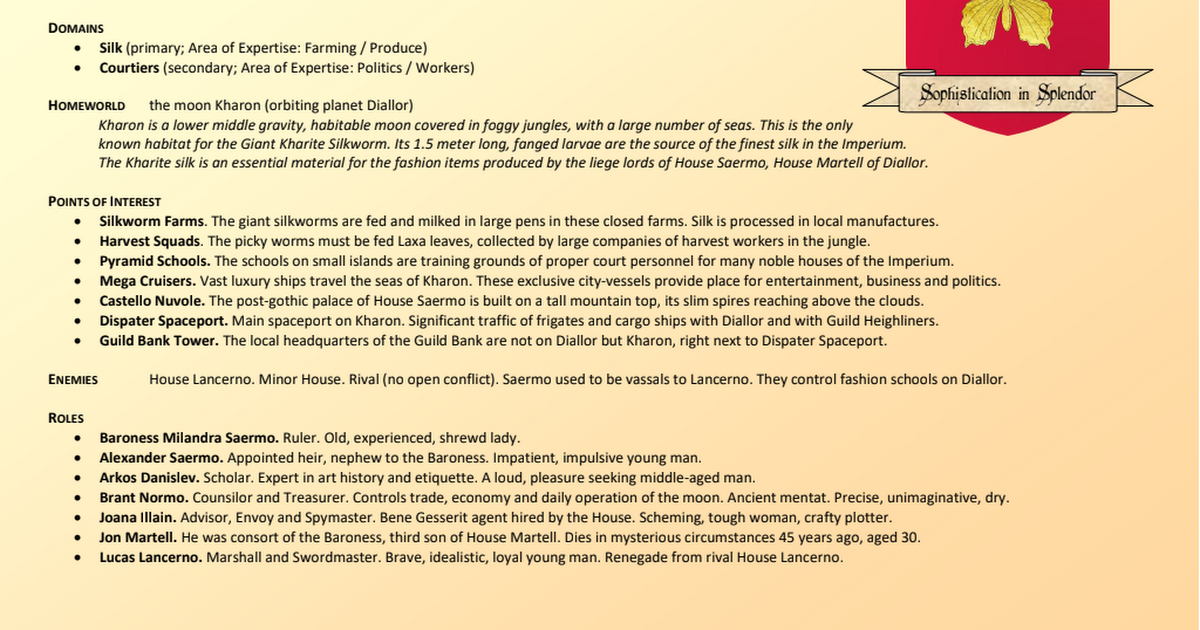 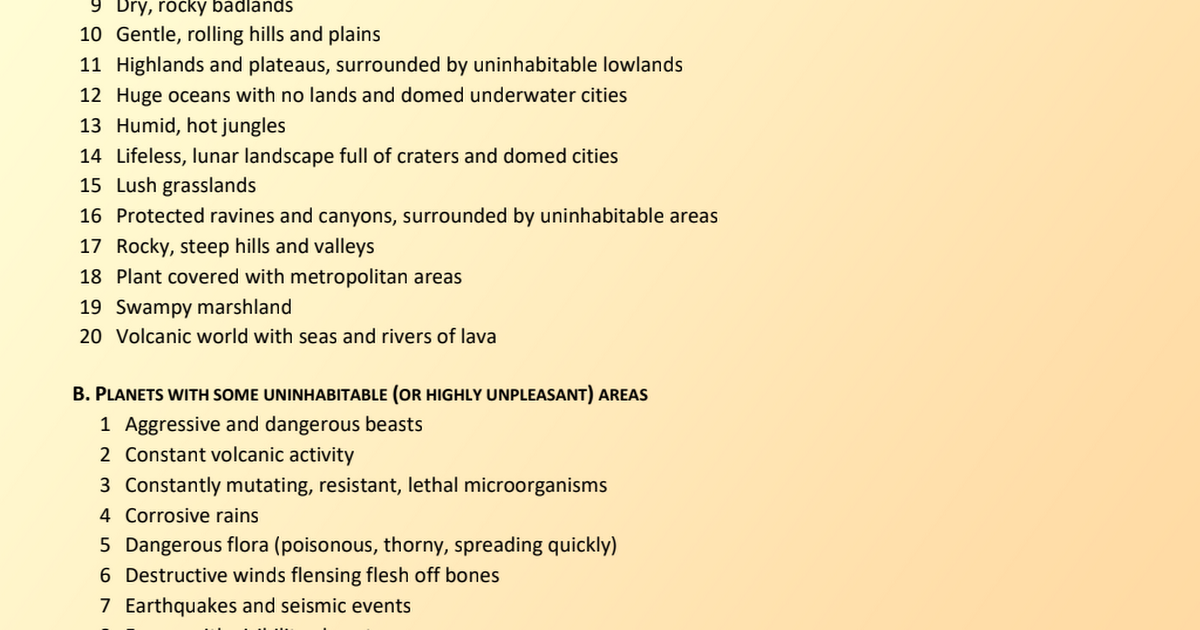 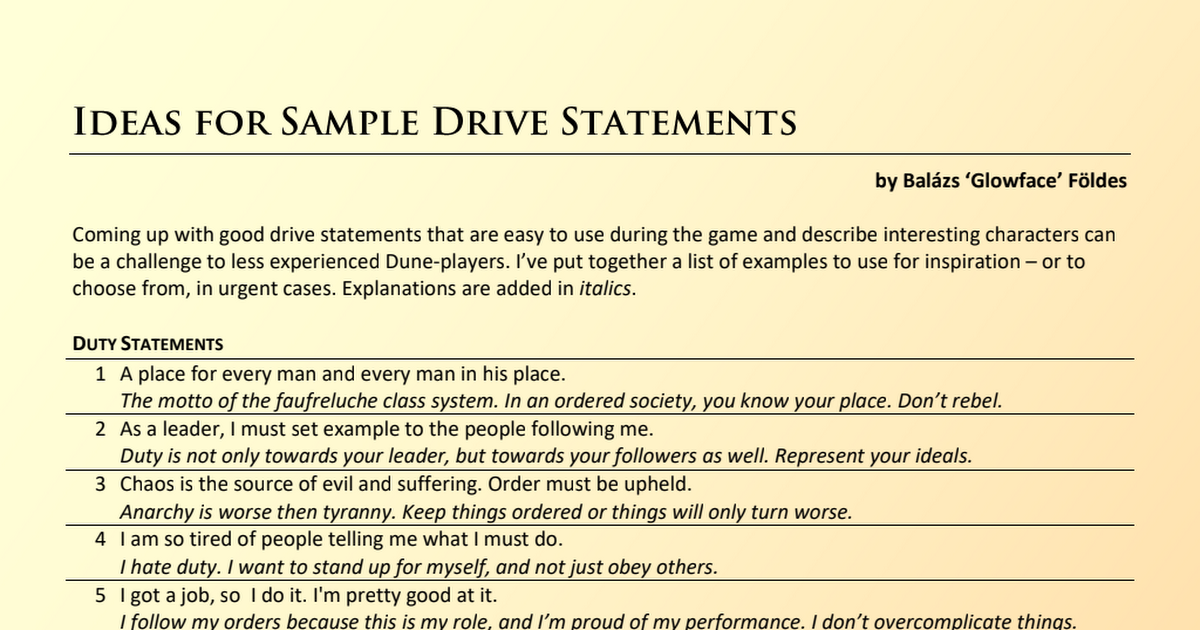 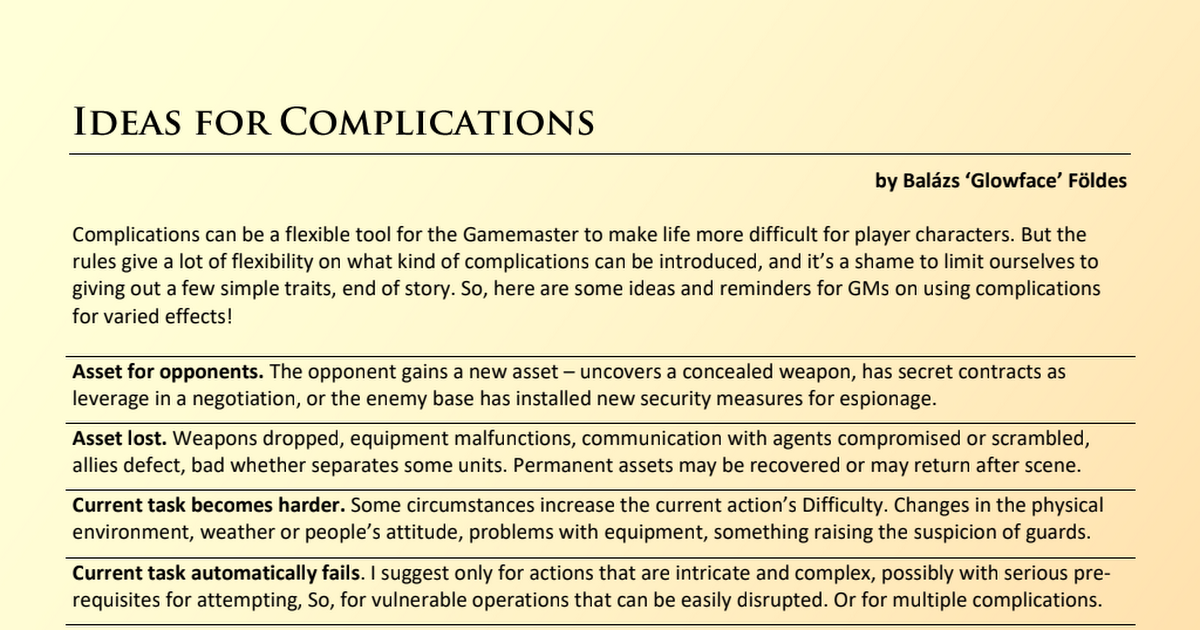 I’m working on a foundry VTT system to implement Dune, are there any limitations on what can be released publicly ? I saw the author of sta system asked for permission.
I guess I cannot put all traits in a public compendium for example ? (or maybe I can?)

I’m working on a foundry VTT system to implement Dune, are there any limitations on what can be released publicly ? I saw the author of sta system asked for permission.
I guess I cannot put all traits in a public compendium for example ? (or maybe I can?)

This is a really tricky one that I can’t give you a definitive legal answer on, but…
If we make something ‘official’ we have to have it approved. So if we liked a thing you made we’d have to approve it before we put it on our site to offer ‘via Modiphius’.
As this is a public forum I believe you are allowed to post anything that helps the game under the usual rules any forum has about being nice and not bringing the subject into disrepute. But thats the same for forum posts as much as added resources.

The tricky part is collating and reprinting sections from published works.
As gamers we generally support anything that helps people play the game as long as you don’t make it unnecessary to buy the Core rulebook (or any other published works). So, putting the character generation chapter up on a website is a no, but creating a summary or character generation for your own rules guide is usually ok.

As a company we can’t condone or offer permission to reprint any part of any published work.

So, because of that dichotomy I can’t give you a definitive answer.
(and I’m unqualified to offer a legal answer, or an official company position)

But as a general guideline, if you make us aware of anything you post (such as by asking permission, or posting it here) we can ask you to remove it if by some chance it proves to be something we cannot allow (and we’d like to be aware of cool stuff people are doing).

However, after rambling I also notice you are talking specifically about a Virtual tabletop. We currently have a fair few of these in production with several different platforms. So, if you talk to the marvellous Lloyd through out customer service email he may be able to tell you if the platform you are considering is already in process or if there are any specific guidelines.

I’ve got a primitive dicebot for discord, if anyone wants the code for that. It’s currently hosted on my laptop, so I’m not making mine public unless someone wants to pay for servertime for it, but I’ll gladly give the code so people can make their own.

Hello. I’m making good progress on the system; for now I have:

Some edges are rough, but I’m confident it will be usable for next week’s session

Nextcloud - a safe home for all your data

So my question remains : can I fill in the talents compendium, or must I keep it empty (I guess 3 talents as an example won’t hurt)

can I fill in the talents compendium, or must I keep it empty (I guess 3 talents as an example won’t hurt)

Email me directly at Lloyd@modiphius.com and I will give you the details needed

Hey, just wanted to say thank you for making a foundry version of this game. I’m starting a Dune game soon, and I think it will make it so much easier to handle.

That said, I am a foundry NEWB. And I just wanted to ask how to install your Dune system in foundry? Or, can I even do that before it’s done?

Thank you for your effort, and sorry for my lack of knowledge.

I released the first version yesterday, and asked for inclusion in the foundry module list.
Before that, you should install it using this manifest URL : https://gitlab.com/api/v4/projects/26058898/packages/generic/foundryvtt-dune-system/latest/system.json

Ahh, I knew somewhere must be a home resources thread! I’ll be moving my various home-made stuff here.
The newest one is a couple of pregenerated character and house, that I plan to use for intro games for Dune- and possibly 2d20 novices. They are not set on Arrakis, but on a planet of my own creation, though. So, if anybody needs them, feel free.

Those are great! Thanks a lot, @glowface