As I wander around the web looking for interesting Dune News I stumbled across Dune: Imperium. It is a planned game from Dire Wolf.
A blend of deck builder (I still have a stack of cards for the LUG one, though I could never grasp the rules) and worker placement game which looks interesting.

No release date announced yet, but that is par for the course for Dune licenses it seems.

The latest dev diary also had some interesting comments on how they approached the artwork as they were creating the game while Dune 2020 2021 was being filmed.
I’m curious if Modiphius ran into the same issues of making the artwork similar but not too similar in an absence of knowledge. 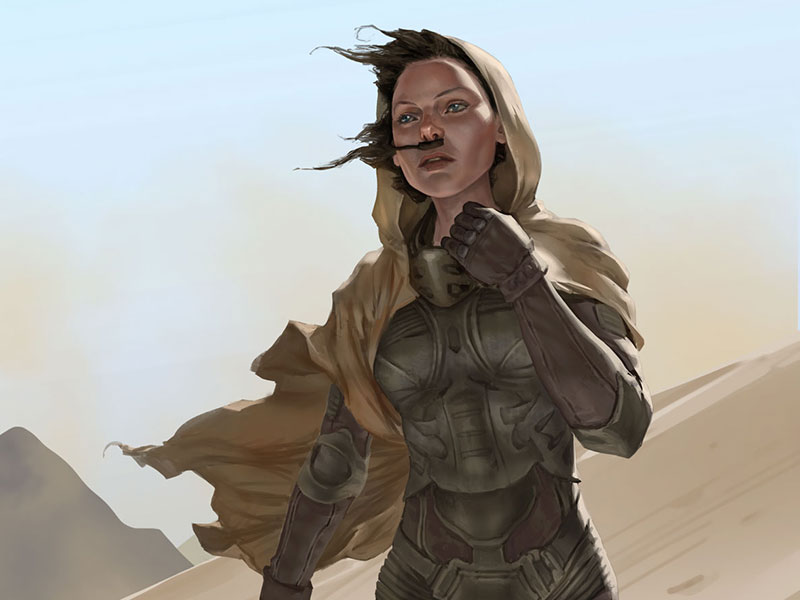 It does look very interesting and the same excellent brand manager whose been working with us has been looking after these guys too.
So this will probably be on my Christmas list too

I’m still in two minds on this. I’m probably going to wait until it is out in the shops and I can pick up the deluxe version in March.
I always prefer having small models rather than the wooden tokens to help bring things to life.

I’m on preorder via my FLGS

I was really excited when I heard about Dune: Imperium…until I saw the artwork. They based it on the coming movie and that’s not Dr. Kynes. Needless to say, I skipped buying it. And now I find out about the RPG and hoping the artwork is not based on the movie versions of characters. If it is, I’ll keep referring to the old Dune Chronicles RPG from Last Unicorn.

Given that all the licenses for the upcoming Dune games are being issued by Gale Force 9 I would assume some level of coordination in the style.

But if the changes made to a secondary character in the film is enough to put you off buying a board game due to the art, then I think sticking with the LUG version is probably best for you…

I assume you will also not be watching the film or playing any of the computer games that will be coming out as it will all be the same.

There will be some new covers for the original book, but that is probably all that won’t reference the new movie in some way.

For the RPG we’re ‘inspired by the movie’. Which is the best of both worlds for me.
We’ve seen a few shots from the film (which looks amazing) and we’ve followed that style.
But we’ve been able to go our own way for the art as well.
Where we don’t have a movie source we’ve been reading descriptions in the novels and taking those as our guide.

Either way, we’ve revealed plenty of the corebook art with the blogs and the preview,
and we’ll have a free quickstart coming out with the coreook release.
More than enough to make your mind up about if you like the art or not.