Any tips for a first time STA GM?

Recently got the core book and have started reading through it. I’ve gone through the quick start to get a rough idea of the 2d20 system. I’ve run Pathfinder, Coriollis, and Exalted 1 and 2 for decently long campaigns but I am new to 2d20. Any tips for kicking off a good run of a 2d20 game STA in particular?

If all goes well I may expand out into a couple other 2d20 games but after looking over most of the quick starts STA seemed to be the simplest to get in to. Less gear, no hit location etc. Thanks for any tips/suggestions!

Welcome aboard.
For general suggestions I’ve got the below:

Start with the basics and work from there. Theres a lot of depth in the system, but you can get by without a lot of it while you get comfortable.

Beyond that, make use of the starter set/crb adventure etc that are designed to help you learn the game.

Finally- have fun! You can fix goofs and rulings later, but if you enjoy the game then youll be more likely to go back to it. 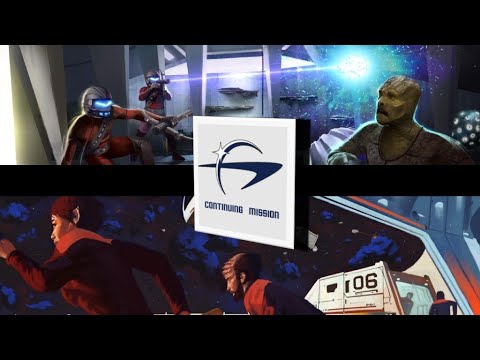 No scenario survives contact with the players. Embrace it. Unlike combat oriented RPGs, the players charging off down a path you didn’t see doesn’t really hurt anything, even on the prep side. Once youy players grab onto the Star Trek “mindset” the adventure will practically write itself. I can’t tell you how much fun I’ve had running this game as the players completely out-think the outside of the box.

Next. Do not be afraid of momentum and threat. Get your players to realize that the more they “go big” and give Threat, the more fun the game gets.

Yes, you can have more than one momentum pool. While most people simply use a single momentum pool, I will start up more than one if the situation calls for it. And that is OK. For instance, half of the players were trying to hold off the low tech native warriors while avoiding serious injury to them. The other PCs were trying to shut down the ancient alien power generator before it blew up and destroyed the planet. Turns out the generator had become holy shrine to the pre-industrial natives. The security team had one momentum pool while the engineers had their own along with the pithy extended task. Drama and tension everywhere.

I think you will find STA easy to run and more fun than you expect.

We haven’t played in a while but off the top of my head (using thew core book only):

This may have been covered but do not over prepare your missions. it is better to have a setting and maybe a few key events and notes on npc values and goals so that you can adapt to your players naturally; rather than constantly trying to “push” them to play as you have written the scene to take place.

Also make failure at tasks fun (even comical at times) This can make or break a game. Dont use complications or failures to jab at or antagonize the players but rather to add a fun new challenge to the group. This also helps so that your players will want to try some extremely difficult tasks rather than sticking to the mundane low difficulty stuff.

Encourage GROUP PLAY. Nothing can ruin a fun experience like a single player trying to cover every base on their own. Let them players know from the start and show them with challenges throughout the adventure that each member is a valuable part of the team.

Going along with this avoid your own personal bias. Many GMs have their own personal preference of play but keep in mind that just because you have one or two players in the group that play that way all your players need to be rewarded and able to contribute equally

This may have been covered but do not over prepare your missions. it is better to have a setting and maybe a few key events and notes on npc values and goals so that you can adapt to your players naturally; rather than constantly trying to “push” them to play as you have written the scene to take place.

This. This is a big thing.
STA is a game that does not need too much detail in preparation. Of course too little can be an issue too, but too much is far worse.

I wanted to add one other thing. As a GM relish in being beaten. It is essentially your job to through challenges at your players and be defeated session after session. Play to the characters (NPC’s) Values and “personalities”. If every one of your encounters is just you using every special rule and GM ability to bring the players to their knees then at the end “allowing” them to finally triumph, it can get old real quick. If the PC’s do somthing unexpected by you (the GM). Play your NPC’s like they are caught off guard as well. Depending on the amount of players you have and their enginuity go into each session “anticipating” being at a disadvantage and playing out that disadvantage to the amusement of the table (youself included).

Borrowing Characters
The borrowing is often an easy shortcut. For example, a particularly pricly NPC science officer might be “Lt Shevik: Sheldon Cooper from Big Bang Theory, but as a Vulcan”. A gruff CPO from security might be “Chief Torkik: Tellarite version of Anthony DeMarco from Blue Bloods.” Or “Chief Jack Samson, Half-orion half-human security officer, played by Samuel L Jackson.” These give instant ability to give one a description physically, and to help describe mannerisms. Chief Samson probably swears… a lot… but basically, is a nice guy with some mad action skills. Tall, dark brown skin, infectious smile, thin but muscular…quite possibly with a catchphase, “What’s in your braincase?”
Don’t tell the players, don’t show them the picture, but use it as a reference for describing the character. (And sometimes, players will ask, “Is he played by ___?” Establish the character before admitting to it.
And casting the same character with different actors can shade your roleplay… “Lt T’vek, Comm Officer” built off of Zoë Saldono is going to be quite different from one built off of Nichelle Nichols or Zendaya (sp?)…

Short Notes
One of the reasons I recommend the borrowing above is it allows a lot less writing about the character and more just being able to visualize and then describe them. It’s a lot shorter to write, “Jarvo Milon, Deltan councilor, think Shepherd Book” than to describe the character in detail.

Don’t write paragraphs of dialogue. Write the points you need to get across, and the ones they can get with extra information spends. Flesh them out at the table.

Map only what you need. (Blame this on Marc Miller of Traveller fame.) Maps are part of your notes. They can also be part of the play experience.

Threat Pile…
Don’t let the threat pile up to huge amounts. Nothing makes astute players feel less important than the realization of, “We succeeded, but there’s 20 threat on the table…”
A complication should have a good chance of being a problem, but not be a constant problem. Nor should it ever be worse than what one was trying to fix with it.
And be VERY sparing in using increasted complication range…
Some complications should be applied as environmental ones, rather than personal. This allows players to use them against the NPCs, too. And vice versa…