Finally Trek again: After a couple of months delay I finally received my Trek Borgs (I made the mistake of ordering the Borg together with Fallout!!!), 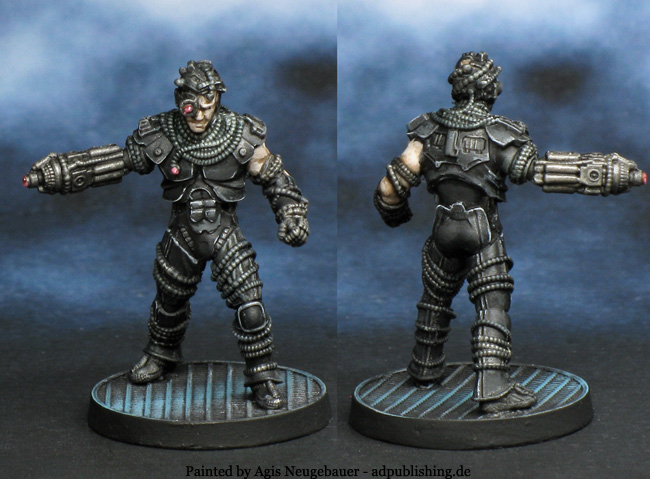 I painted one of the male Borg minis first, as always a “as faithful as it gets to the TV series mini” with good details. 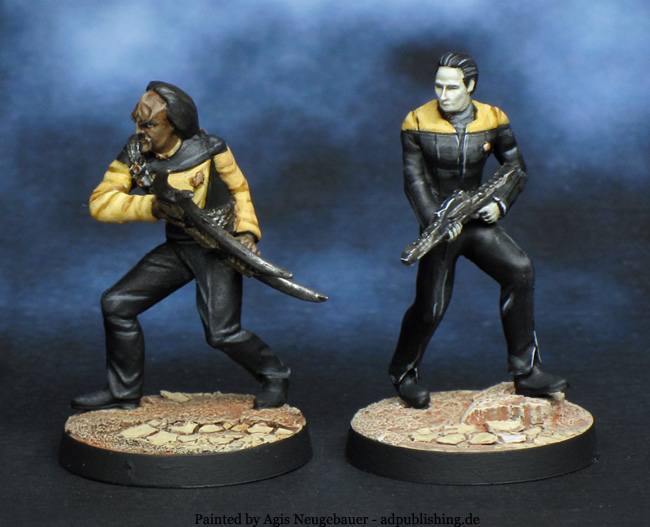 And a groupshot with Jean-Luc! 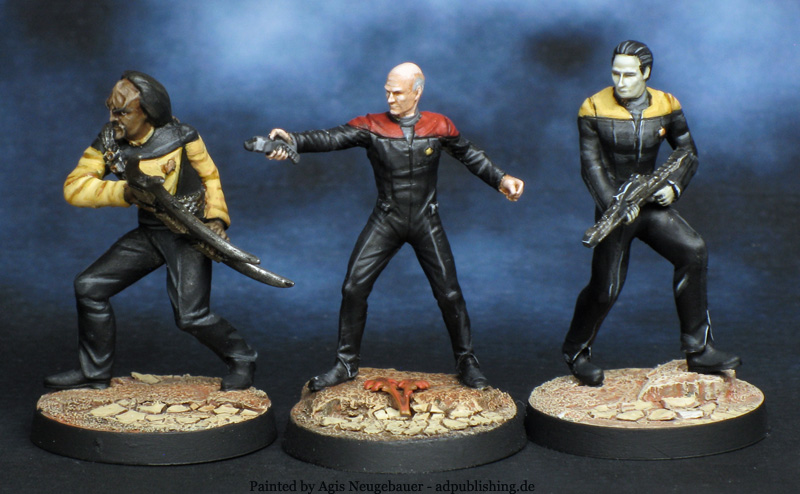 They are looking good. 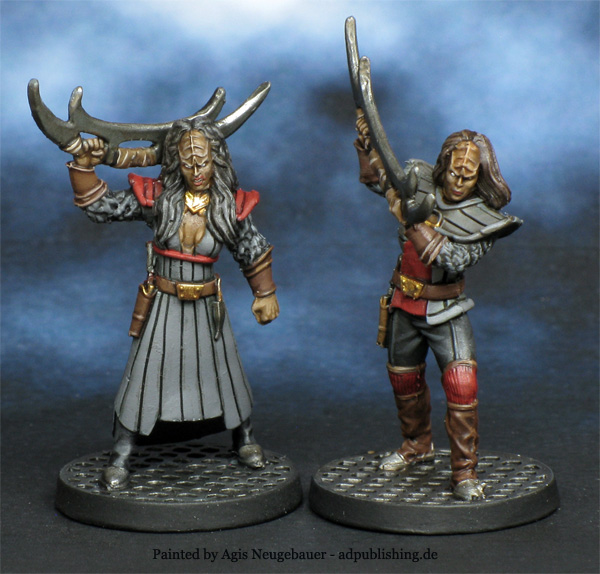 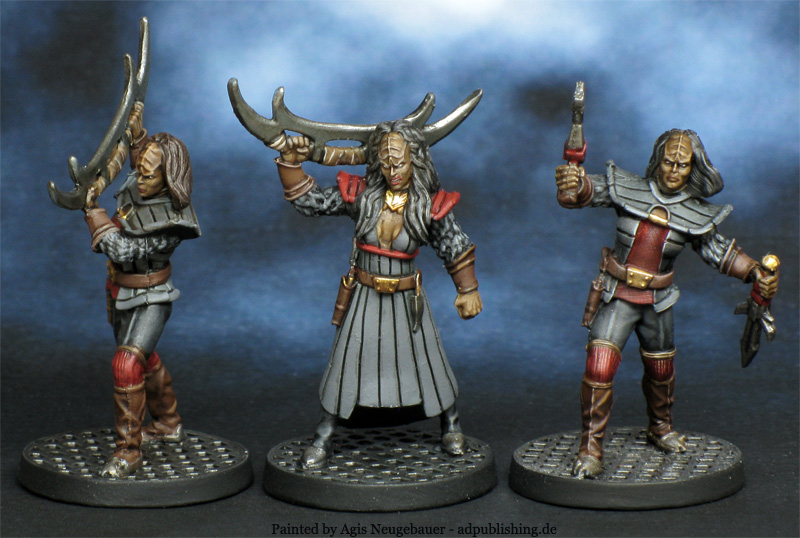 more on my site: http://www.adpublishing.de/html/star_trek.html

Nice job on the Klingons really likes the paint job.

Yeah, those Klingons are sweet.

These are rad! I love the red accents on the Klingons, and your detailing is spot on. Nice job man. What type of paints do you use typically?

Sorry for replying a bit late… Mostly Vallejo and Citadel, once in a while Andrea. 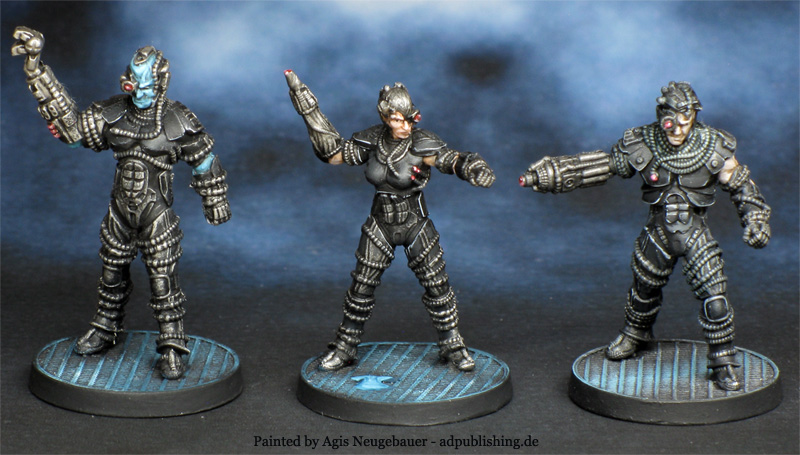 as always more on my site: http://www.adpublishing.de/html/star_trek.html

And another addition to the Away Team: 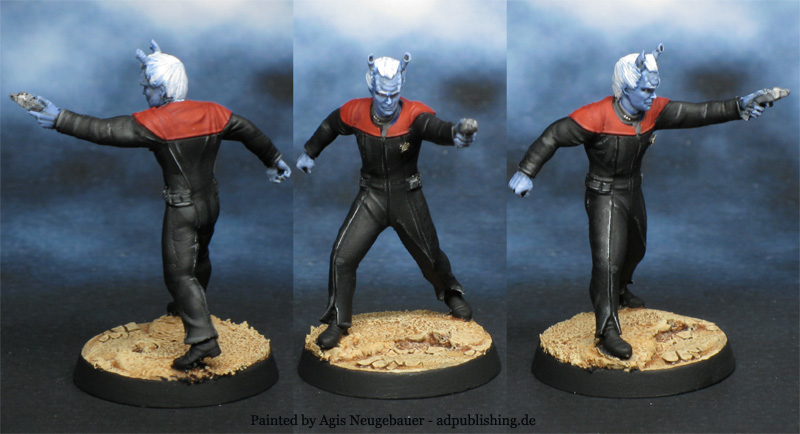 The male Andorian officer, I chose a red uniform as a nice contrast to the blue skin.

The Andorian seems to be a really big fella compared to the rest, just check out his head…

more on my site: http://www.adpublishing.de/html/star_trek.html

A Cyborg conversion based on the TNG Away Team Vulcan officer. After seeing Airiam in STDisco 2.09 Project Daedalus I wanted a female cyborg Star Fleet officer, I took a Statuesque Mini bionic female head (THE resource for very good female head swaps!) and the Modiphius Vulcan officer body. Done!

Since I had a female Vulcan head to spare I mounted her on an Infinity Mobile Brigade body.

She is now Commander T’Proll of the Task Force Omega.
“Assembled jointly by the Federation and the Klingon Empire to counter the Borg threat, Battle Group Omega (also known Task Force Omega) is a fleet stationed in the Noro Sector. The fleet is home to Omega Force. It serves as a deep space staging ground for incursions into Borg space. A nearby asteroid belt provides raw materials and supplies for the fleet, while a nearby rogue moon emits low-level delta radiation, which hides the fleet’s energy signature from the Borg.”
from sto.gamepedia (https://sto.gamepedia.com/Battle_Group_Omega)
Commander T’Proll is wearing her custom Omega Force Armour, the Energy Harness Armour provides basic protection and increases energy attack damage. As a side arm she is equipped with an Antiproton wide beam pistol. The Omega Force Antiproton weapons deal additional damage to Borg, and has a chance to immobilise any target hit. 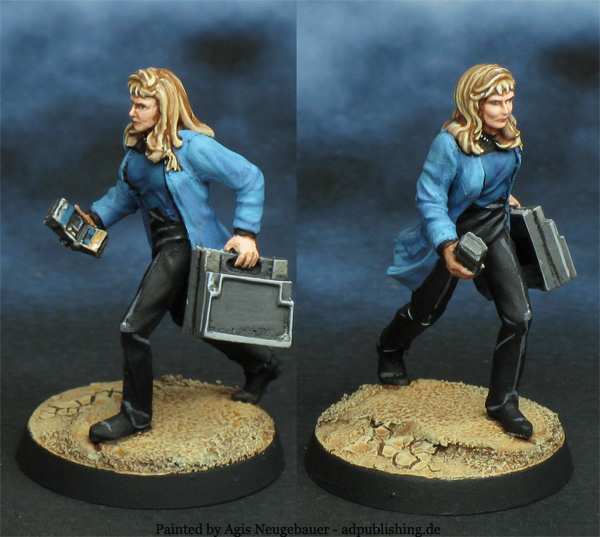 A great sculpt, I am always amazed how easily you recognise the actual actor.

After the glorious return of Captain Picard to the screen - I just had to finish my STNG character group; Deanna and Will are done! 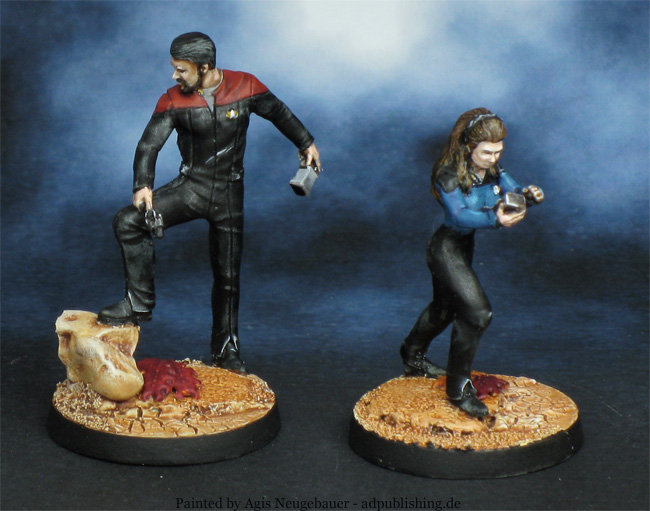 Will Riker “no. One” and Deanna Troi, IMO the weakest sculpt of the SRNG pack, but still nice minis!

Done, Tasha will be left out, I never really like the character anyway…

Uuups, I just saw that my pics are no longer showing. Sorry!

I tried them with html tags and without.

None worked. Is there a way to post pics?

This work for you?

Thanks, but how are you doing it?

Oh my, it might be a problem of the forum together with Microsoft edge, I can see all pics in Chrome.
So please ignore my rambling….

Apparently, linking to another web site won’t show the picture. I downloaded it and re-uploaded it to the forum.