Is Bert supposed to be Heroic in Pt. 2?

In Pt. 1 he has all the heroic buffs, but his Pt. 2 stats do not - is that a typo or were the stats reworked?

I did a bit of reading on both parts of Unexpected Shepherd and I can see the difference between the two Bert character sheets.

Whilst doing that, I did spot the following in Part One. 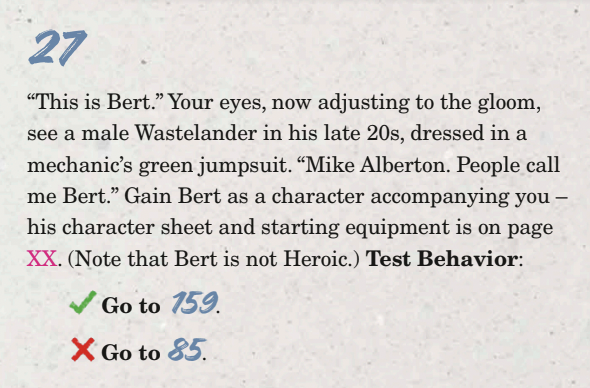 This seems to imply Bert was never meant to be Heroic in the first place and that the character sheet in Part One is the typo?

So it would seem indeed! Looks like it’s the Ch1 character sheet that needs the re-work then, not the Ch2 one.