In the 1960s, the mini-dress was about female sexual liberation. So, as Nichelle Nichols pointed out, its inclusion in Star Trek: TOS was not an issue.

But, ALL versions of Star Trek since then have tried to veer away from gender specific uniforms, because, since we no longer live in the 1960s, the uniform has come to be seen as sexist.

So, how are people rationalizing that element of Trek history in their game’s timelines?

As you said, social attitudes and fashions change. What is liberating for one generation is sexist or otherwise oppressive for another one. Especially consider a culture that is exploring and constantly being exposed to new ideas and challenges.

I imagine that things such as gender-specific uniforms go in and out of style over the years.

TNG actually addressed this with the Skant, which is essentially a skirt. it’s entirely optional and… is actually unisex 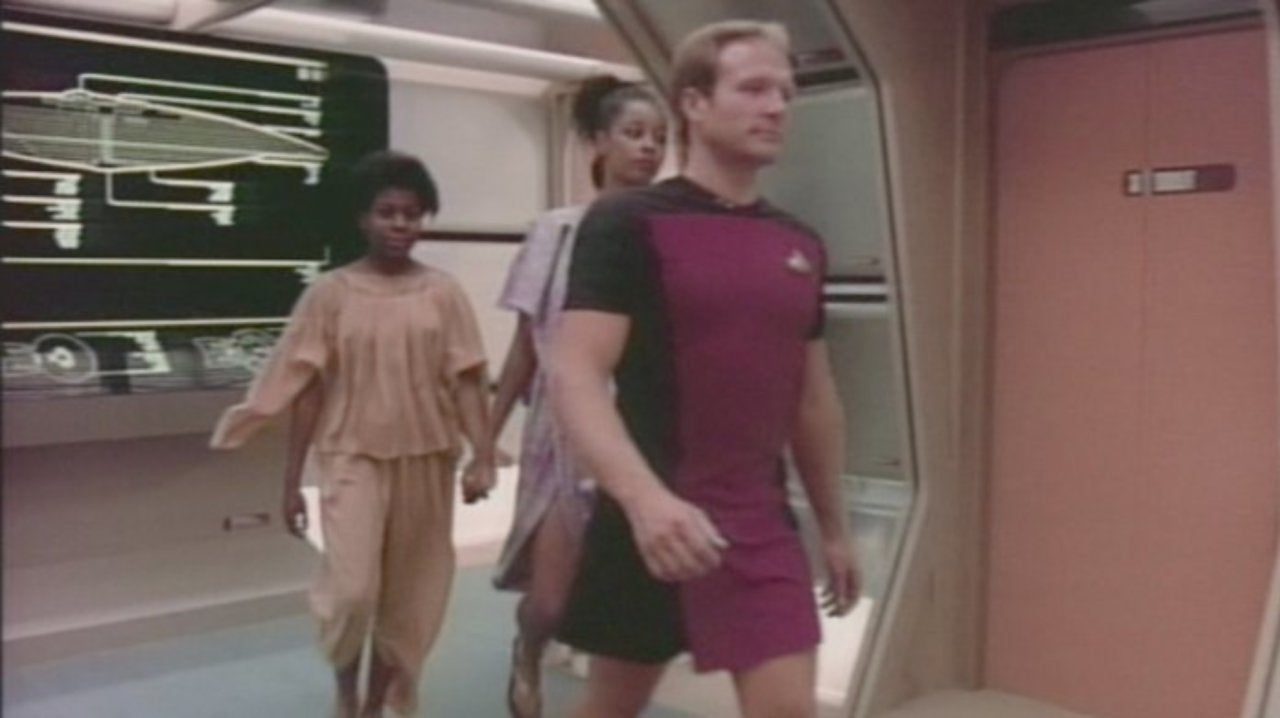 The Kelvin-Timeline movies also have the mini-dress.

The new uniforms we have seen in the second season of DIS are supposed to be the TOS uniforms. The mini-dress had been replaced with an optional mini-skirt.

Honestly, I don’t. I accept it for what it is, the uniform of the day.

Is that a reason not to play in the 23rd Century?

I’ve always had in my head the idea that because Trek shows the future, or at least A future anyway, that there’s sort of a platonic ideal of what that future looks like and we get better at approximating it as time goes on. Say what you will about the newer movie trilogy but everything visually looks better than the original series by several orders of magnitude thanks to the march of technology in our world. But beyond the purely visual, other funny quirks exist because of the writers not being able to superhumanly predict the future. Why does Data need to type super fast in TNG instead of having Wi-Fi? Why does referencing things in the ship’s computer so much like using a simple command line, and not even as semantic and intuitive as using Google?

So I would take the skirt for what it symbolizes more than what it is - an attempt to show a fully integrated force, and a way to show that despite there being uniforms like a military, there’s at least some degree of freedom of expression and presentation through dress within bounds. To carry that forward into your game, maybe the uniform is a less male-gaze go go skirt inspired thing, and a bit more of a different but still practical alternate uniform for anyone of any gender who so chooses. And then present that holistically through your game, that it’s not for leering at or making jokes about anyone who wears it, that it’s a common and judgement free choice and no Starfleet character would think twice about anyone of any gender wearing it or not as they saw fit.

Just pointing out there were women who wore trousers with their uniforms in TOS, most notably in the two pilots, but also others during the early episodes of the show in the background, seen walking the corridors in season one. The miniskirt look is an option, and my 23rd century crew can wear as either as they like.

I work on station and currently male and female sailors wear the same uniforms (the pants have a slightly different cut). Their Dress Whites and Dress Blues are the same old ■■■■■■■ jack tops. On occasion I’ll see a female wearing a uniform skirt. But not usually if they are in formation, then they all have trousers. And of course the working uniforms are all pants.

Last year I was on travel and we hit a restaurant near a university and young crowed was all decked out in 70’s mini skirts, sandals and flip flop rather than the boots and platform shoes I remember. I think they call it retro or something now.

Anyway, the point is, fashion cycles and each new group/generation thinks they are the cutting edge. What people where in any given year is just background garnishing.

Wow, apparently the informal name of my Service Dress Uniform and a common snack of caramel covered popcorn is a bad word and must be censored.

well the Jack part isn’t censored, just the first part, which is absolutely rediculas. I know intellectually it can be used as a anti-white racial slurr but I’ve NEVER seen it used in a fourm trolling sense, I mean… come on…

You can say cracka but not crackerrr…(comedian quote. Mike Birbiglia I think?)

In Discovery season 2, Commander Nhan wears what is obviously Discovery’s take on the miniskirt, with black leggings underneath. Seems quite practical to me!

If I understand correctly, also the common name for those biscuits you eat with cheese over here…

Of course, as a Brit, I keep thinking the common use of “pants” is inappropriate

Aye, as an Irishman who’s lived my whole live on both sides of the pond, I always have to double-check my usage of pants vs trousers for my current locale. Not to mention a host of other things. Garden and yard mean two entirely different things to Americans than they do in the UK and Ireland.

Indeed; Number One and the Yeoman, at least…

Oh, and I would like to see another Landing Party set of minatures for TOS featuring other aliens like Caitians, and you could throw in a couple of trouser wearing ladies, as well.

So, how are people rationalizing that element of Trek history in their game’s timelines?

I do it the same way TNG did - Men can wear the scant pattern, too.

In one campaign of another trek game, a particular character, when in duty uniform rather than field/combat uniforms, they wore the scant pattern. Field was always trousers.

Modiphius needs to add an image of that to the art for one of their source books.