Is it "kosher" to May the Forth in Star Trek Adventures?

Is it allowed to homage STAR WARS in STAR TREK or is that “crossing the streams” too much?

In a galaxy with any number of unknown alien species and their mythologies, not to mention holosuites that I’m sure could adapt entertainment from the late 20th century? You tell us…

I hope the RP-Police does not visit me, for playing Star Trek today

Mumble something about wormholes and tachyon particles then do whatever you want.

I wouldn’t want to Force it.

I treated STAR WARS as an “in world” piece of fiction. (And the Holo Deck was my friend for this.

That’s maybe the best solution. Can you please tell us what happened?

Star Wars is in a galaxy far far away

The players assumed the roles of residents of a backwater planet, where they are asked to help a stranded Rebel pilot recover her crashed ship so that she can blast off from that rough-and-tumble world and get on with some sensitive business.

But in the process, they needed to elude Imperial Law Enforcement, Navigate rocky canyon mazes, Deal with a Twi’lek bounty hunter, and Overcome a band of fringe-dwelling raiders. 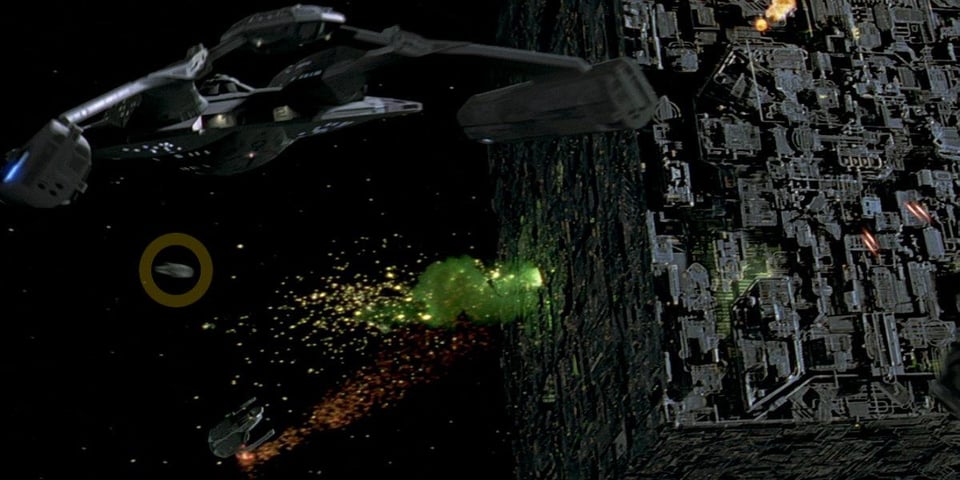 you’d be in good company

The 7niverse is very, very big. Star Wars takes place in another galaxy, so there is no intrinsic contradiction. Really, the only difference between hyperspace and transwarp is a word, a matter of linguistics. As yo the Force; Spock could feel the deaths of 400+ Vilcans on the Intrepid, Guinan could feel when the timeline was “wrong” and had a habit of just knowing things, and then there is the matter of Kes… There is no reason they could not, relatively, coexist. Keeping in mind the distance between them in both space and time, if you can devise a good way for them to cross, the results could be utterly delightful.
(Imagine a lightsaber duel in the Promenade, or anybody having to deal with both Klingons and Mandalorians.)

There is that episode of TOS where they get trapped by greek-inspired aliens with psychic powers. Kirk and Spock get the same powers because of the mcguffin of the episode and save the day. So “the force” being in the game isn’t much different in mcguffingness. You could make it work if you wanted to.

I mean, sure? It’s your game, do what you want. I do have to say that I am surpised there hasn’t been a Star Trek/Star Wars crossover yet. I mean, there has been Star Trek/Doctor Who, Star Trek/Alien Nation, even Star Trek/X-Men (TWICE!)

How could I forget the Autobot base transforming into a giant version of the Enterprise.

I mean, there is also Star Trek Crossing over with the legion of superheroes and all the colored lanterns (Bones becomes an indigo lantern!)