Stumbled over that bit as well. Was partying hard.

First thing that came to my mind was two or three of them arguing over something.

Next thing was that I totally need to think of individual activation-catchphrases for each of the holograms. The triage-EMH will probably simply ask for the number of casualties (followed by complaining that this is not a triage situation and that such low numbers and slight injuries are beneath him), while the pediatric EMH will probably alternate between (calming) “Don’t worry, you’ll be well soon. Uncle Doctor will help you immediately!” and (upset) “You’re at least X years too old to be here in the first place. Go bother one of my colleagues! I have children to care for!”

Hilarious! I love it!!

Edit: Lady J’Darc? I see what you did there…!

(Whoever wrote this: They deserve a raise.)

Edit 2: Gosh, it goes on with the description of planets.

That writer shares my sense of humour and I’m grinning so hard it’s gonna hurt. Whoever wrote this: Thank you, you’re just great!

Edit: Lady J’Darc? I see what you did there…!

(Whoever wrote this: They deserve a raise.)

I wonder if you see what I had in mind…

The PDF (at least from DriveThru) does not have an outline/bookmarks. Please fix this.

Can confirm for the PDF directly from Modiphius (and would appreciate outline/bookmarks, too).

I wonder if you see what I had in mind…

Probably not, if you stress it that way.

(I was actually thinking of a historical figure born in Domrémy, France.

I’ll look into the bookmarks on Monday.

Yet, it is not a Klingon name; at least not a name written in Klingon. There’s neither a J, nor a c in the Klingon alphabet. I think the Klingon writing of her name would be “j’Darq”. The reference is (a bit) harder to read, yet still good to hear.

I have no idea what this means. Hell, never mind tlhIngan Hol, I can barely get by with Spanish. And I was born in South America! (Long story, don’t ask.)

So I’m comparing the stats of all four officially statted Modiphius/STA space stations, namely the Small Deep Space Outpost and the Front Line Starbase from the Command Division sourcebook, Deep Space 9 from the DS9 Player character PDF and Narendra Station from the Shackleton Campaign book. Here’s my comparison of all four starbases:

Judging from the fact that Narendra Station has more Systems Points (75 to DS9’s 68) and Department Points (21 to DS9’s 19) than DS9, it seems safe to say that while they’re both Scale 12, Narendra seems at least slightly bigger/more powerful than DS9. That’s saying quite a bit.

I mean…it should be, yeah? It’s out there by itself in the middle of nowhere, and the HQ of the 20th Fleet. And, as of the early 2370s, Starfleet’s still not sure where the next Borg attack is going to come from. Starfleet and the KDF aren’t gonna set all that up on some dinky Regula I type station.

(Though you could–a TOS era game with a Reg I station standing in for Narendra Station would be cool. And even more dangerous.)

Any updates on if we are getting bookmarked PDF’s?

Once there’s bandwidth in the graphics department. Modiphius has a long queue of products in development. Will keep pushing it along, thanks for your patience.

In the meantime, most ereader software allows users to insert their own bookmarks.

Almost read to the entire book (real live takes it’s toll…). I love it big time. I want to experience my players the Expanse so much. I guess it must be passion for Trek and for RPGs adding up

Really great book, Thanks a lot!
Since today I know many adventures in advance what I will run.

Any possibility of getting the layout/deckplan for Narendra Station.

It’s in the book; designed by Rick Sternbach, no less.

I saw the LCARs looking art work and did enjoy it.

But I was meaning something a bit more. An extremely vague side deck view that could be individual decks or maybe groups of similar use decks? Plus an also extremely vague view of either five identical decks or decks one thru five as a composite, maybe?

Don’t get me wrong, the artwork is great and fits the book well. But with Narendra Station being one of the focal points I was hoping on more in game usable information. The language used doesn’t give you much to go on, but the “levels” mentioned do not appear to be actual decks, but seem to be areas that composed of multiple decks.

Five pages to cover the entire station with 2+ pages of that as art is a bit disappointing from a GM’s perspective. The rest of the book is great and I like the campaign. But with Narendra Station being so central I would like to see a Narendra Station book/box/something.

Every campaign’s Narendra Station will be different. I encourage all GMs and players to be creative and make it their own. Interiors of stations and starships are modular so no two ships and no two stations will be identical. 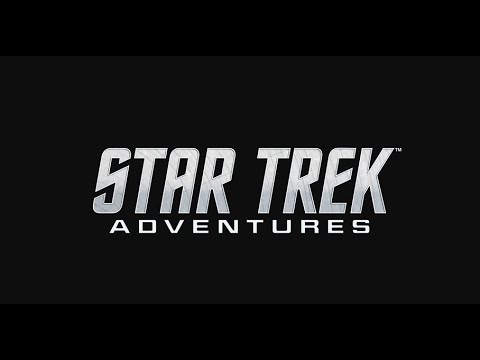 And I do like the Mission Briefs. I already used them for sessions when a key crew member was not attending and I did not want to push the main story line.

Saturday my crew will finish “A Star Beyond Stars” then we will have a little fun on the Station and then, finally, we will play “Decision Point” and see how it develops from there.