Hi everyone, I’m new to GMing and only decided to do it because I couldn’t stomach the idea of spending $700 on the Borg cube edition of STA and NOT playing it. My idea is to run my players through a mini adventure immediately after session zero. Since my players all rank high in their areas: Captain, First officer, Chief Engineer, Chief Medical officer and Chief of Security I want to show how they were promoted to those positions. My plan is to start them in the middle of the battle of Wolf 359. They would all start on separate ships. As I understand it only one ship survived the battle so each player would replace the person in charge of their section as they are killed off. They would all escape to the barely surviving ship with battlefield promotions. This would explain how they all came together and share a similar backstory.

So my questions are: Am I missing anything that might trip me up here?
Is there a Wolf 359 adventure already prepared?
Where can I find more resources on the battle of Wolf 359? 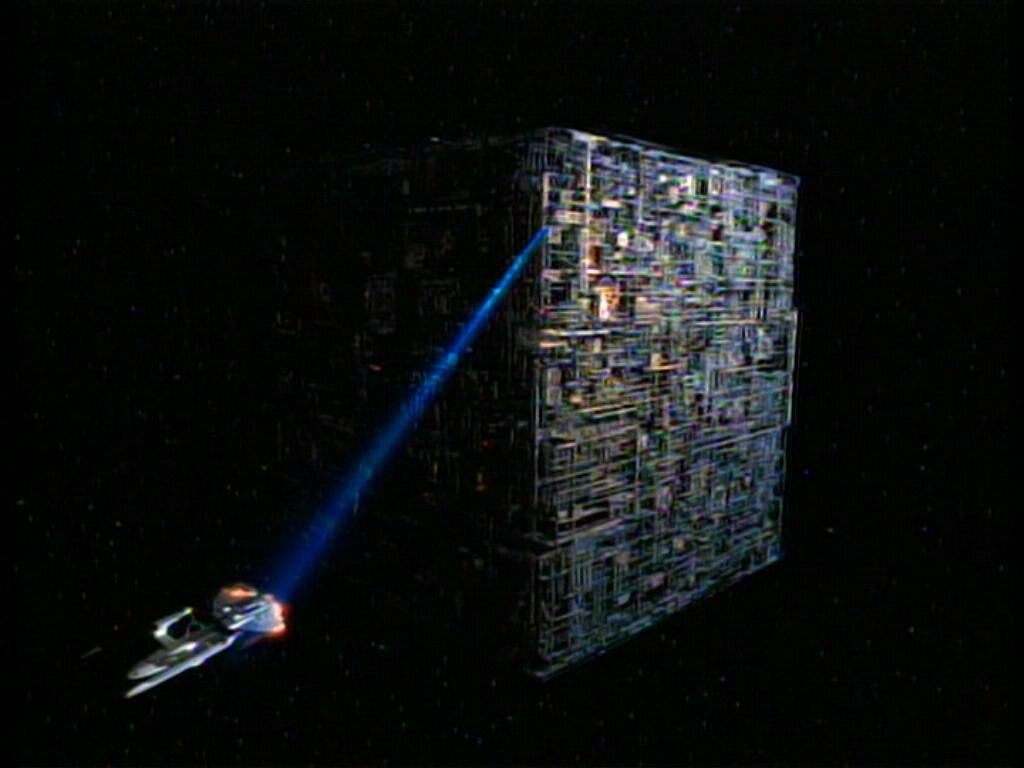 The Battle of Wolf 359 took place in early 2367 in the Wolf system, roughly eight light years from Earth, between the forces of the United Federation of Planets and the Borg Collective. It was recorded as one of the most destructive battles in...

Sisko was on USS Saratoga and lost his wife here. Rescuing a major figure in an hard time can be cool.

It depends. Personally, I’d actually have them from the same ship. It was a traumatic experience, which makes having them all together as the full senior staff on a ship jihgly unlikely. They’d have all been traumatised by the Borg, which would be a a common weak spot. If they were on the same ship, you could argue that Starfleet would see that they had formed a tight mutual support network, and breaking that apart might do them more harm than good, so they were kept together and put on to a new ship in the hope that theyll keep each other strong (or alternatively, they replace the senior staff of an old ship who merited a nice shiny new ship).

Ultimately though, it’s not your game, do what makes sense for you. It’s not a big enough deal that I would be put off playing that game either way. Just a thought.

The other thing that would be worth pointing out is that such a crew - who had lost their ships, superiors, friends and maybe family in a severely traumatic event - would not be unaffected and would probably have some serious interpersonal issues (which is also partly why they wouldn’t normally be assigned together en masse). Again, your game so you get decide if that comes into the roleplay at all (you could wash it away with “24th century counselling is far better than today’s, so they’re all healed”), but that could get very dark. If you’re happy with that, then great, but just be aware that your game could head in that direction if you don’t make an effort to avert it, and so you need to make sure players are comfortable with it. If you don’t want to go down that route (either because it doesn’t suite the tone you are after or because players are uncomfortable with those themes, or for some other reason), then just make it clear at the beginning so people are aware and can make efforts to avoid it slipping in.

I like your ideas here. I’m not going to go quite as far as Linklite and say that it would be better for your PCs to start on the same ship, but it’s fair to say that rescuing everyone and getting them onto the same ship could get drawn-out and tedious. That will need some care in handling. Betatester’s “rescue Sisko” idea is a good one, and he wouldn’t have to overshadow the PCs since he’s in a pretty traumatized condition himself at that point.

Very good insights, Thank you all. I like the idea of rescuing Sisko. Also the idea of mental trauma is something interesting too. I’ll bring up the idea of PTSD in our session zero to make sure it won’t trigger anyone. If not I might work it in to our sessions.

If you have the Science Division book, note the rules for mental/emotional trauma and therapy on pp. 95-96.