The white background versions in the PDFs are the only versions.

And my favorite store let me preorder this one, too. A good day!

Any update on the tricorder edition?

Print preorder is active with immediate delivery of digital edition. Waiting for the product to reach UK and US distribution. Both have been slowed by covid-related delays in the global supply chain.

Has anybody preordered it and read their pdf? How is it?

I preordered it and really like it! Not gone through page by page or run anything from it yet, but so far everything looks just as great as the core book in terms of the digest. (I’m holding off reading the missions until I have a group that wants to play.)

Someone in a different thread asked for pictures, so I’ve popped some below to show the size for anyone considering picking it up. 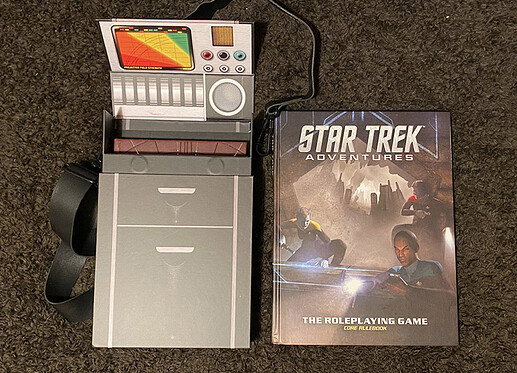 The box has enough room for another digest sized book (I’ve shoved the GM guide in there to save on shelf space) with maybe enough head space for a set of dice and/or tokens. I haven’t checked that. 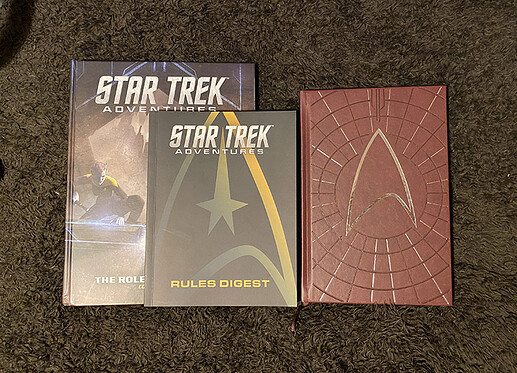 Quick size comparison - same width as the Player/Gamemaster guides but shorter, and overall smaller than the large hardbacks. 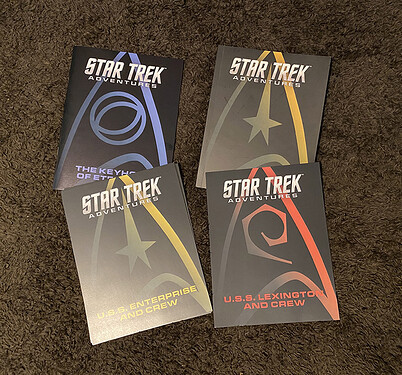 And just to show the colours of the front. I’ve already put the dice and tokens away and forgot to get them out to add - but the Kirk d20s definitely are bigger than the Klingon d20s, no idea if that makes them bigger than the standard division dice sets.

I picked my copy up yesterday

Can I just say how pleased I was to see stats for my favourite non-canon ship in the book? Archer-class FTW! Now if I can just get Eaglemoss to do a version I shall be so happy…

Is the Archer-class a new spaceframe? Or a full ship write-up?

Full details as a spaceframe.

Urk. Now I hafta ask what the plan is regarding releasing a PDF version of the Tricorder Set rule book?

BC
“gotta collect 'em all”

Do we have a timeframe for US deliveries?

Hopefully it’ll be ASAP, because the US store now has them in stock!

US preorder shipping notices are starting to go out now. Just got my notice this morning.

Any fellow Europeans/Germans that received theirs already?

Yes. It arrived a couple of weeks ago. Germany btw. 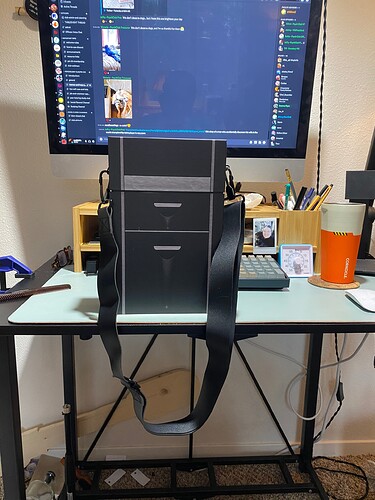 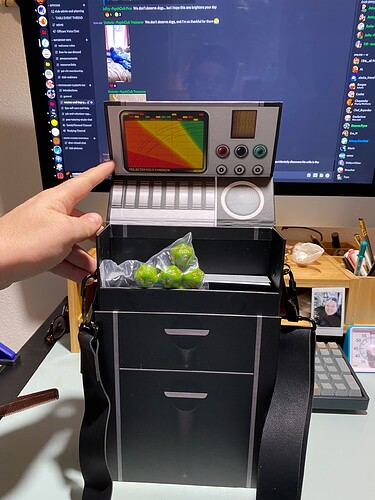 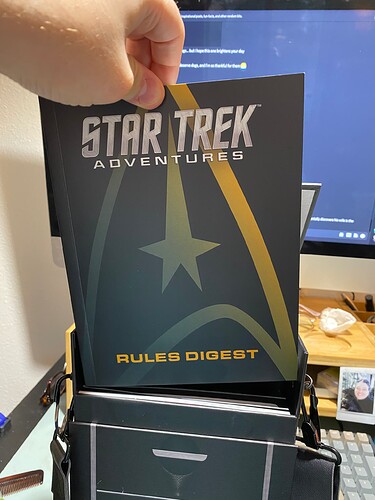 I love that shelf and its contents!

Does the Tricorder digest set follow the reorganization and such of the Klingon Core Rules, or is it more a port of the original Core with aesthetic changes?

Same structure as the core rulebook, but I was able add a bunch of the rules tweaks made from the Klingon core. Also included the optional reputation/advacement rules.

So I guess sort of a hybrid of the Starfleet and Klingon cores.

I only own the main book and adventure books. Just wondering if the following TOS era stuff is covered in the Tricorder set:

Ruk stats and info on the alien technology

Anything on the mirror universe

Was the animated series referenced?