I have been kicking around a what if idea: What if Nero was slightly saner and takes the Narada to Romulus to provide his race with all the advanced technology therein creating another “mirror universe”. I imagine it wouldn’t take long for the Romulans to defeat the Klingons, Federation, and anyone else in the Alpha and Beta Quadrants with the ridiculously advanced. The Narada itself easily dispatched both a large klingon fleet (47 ships if I recall correctly) and a federation fleet that was sent to Vulcan. I am wondering what kind of time line impacts that would have. Like maybe Earth begin lost when Vger shows up because the Romulans might not have the old NASA codes. What type of impacts could the community think of being caused by this type of change in the timeline?

Isn’t this basically how the Terran Empire rose to power? They acquired the USS Defiant from the future and then basically conquered everything.

While the defiant was powerful and gave the Terran Empire a technological advantage, The Narada is magnitudes more powerful with far more advanced technology possibly even having borg tech depending on what source material you reference. Add in that at some point the Romulans will also gain access to a sizable supply of Red Matter when future Spock arrives and I assume is captured as in the Abrams movie. This in turn would provide even more future technology to the Romulan Star empire as they would also have the Jellyfish. But true it probably would lead to a reunification with Vulcan which in cause the Star Empire to take an interesting direction depending on how the Romulans choose to reintegrate Vulcans into their society.

He wasn’t just “hanging out”. Kelven did some damage, letting the Klingons board and take the ship and the crew prisoner. Between then and the attack on Vulcan, he was in a Klingon prison.

I assume this is outlined in something outside of the presented Abrams Movie. Moving that aside to keep on topic about a creative brain storm, It still does not change the question. If instead of instantly attacking the first thing he saw and thus having a federation ship slam into his own ship, Nero acted with some restraint, realized he was a hundred years in the past and immediately set course for Romulus, what impact would that have had on the universe? A large powerful ship which in movie displays, regardless of any external written material, the ability to easily lay waste to a Federation task force, and is stated to have dispatched 47 Klingon warships. Giving the Romulans missiles that could pass right through shields, some general highlights of the future to come and the exact time when Spock would arrive with more future tech and a far more detailed future information and the very powerful red matter. What type of changes would occur with a Romulan Star Empire with the power to destroy any ship or any planet with a red matter warhead weapon, assume they couldn’t figure out how to build warships with the same technological superiority that the Narada displayed?

Though Shran’s post sent me down another line of thought of what type of impact could Spock have on a now expanding Star Empire that had defeated the Klingons and maybe even defeated the Federation or was in the process of defeating the Federation?

I assume this is outlined in something outside of the presented Abrams Movie.

It was in one of the offical comic tie-ins, and in a deleted scene 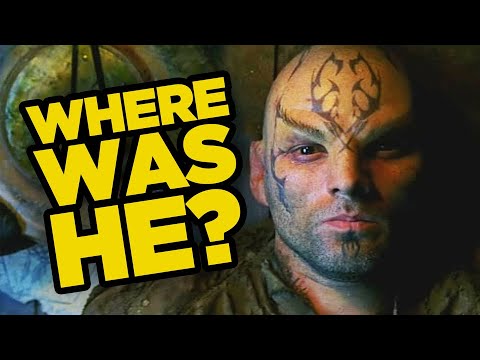 Link to the scene itself https://dai.ly/x3sbk8v

The presented information simply leads back to the initial question. Had Nero been more sane, stable, intelligent, etc, and gone straight to Romulus and provided his country men with the superior technology and future knowledge that he could offer, what kind of changes and or ramifications would occur. The reason I am contemplating the idea is a player “Retired” a romulan spy character and I was thinking about a possible mirror universe episode where the Romulan’s are the dominant power because when Nero went back in time he gave his technological edge to his country men.

Now I am more interested in the possible impacts of a Romulan Star Empire that might have crushed the Klingon Empire and might have impeded the Federation expansion to a fraction of what it would become or maybe even defeated it out right. The Idea of future Spock arriving in a galaxy were the Romulans had conquered Vulcan and Nero was a near mythical hero would be something interesting. But what kind of impacts would that have on events like when V’ger arrives, or the whale probe. Would the Gorn and Tholians be conquered, What about the Ferengi, or the Cardassians? If the Narada is modified with borg tech, would that cause the Borg to arrive earlier or arrive later as Enterprise D wouldn’t have encountered Q and thus later be force into a premature encounter with the Borg. Would the Romulans be ready for a Borg invasion as both Nero and Spork would be able to provide information on them, not to mention what type of information could be found on the Jellyfish. Would the Bajoran Wormhole be discovered and what would the eventual encounter between the Dominion and and Romulan Star empire with a massive technologic head start be like?