Ranged Weapons in Conan 2d20. Do they even make sense?

I find a lot of new people struggle with the ideas of ranged weapons in Conan. 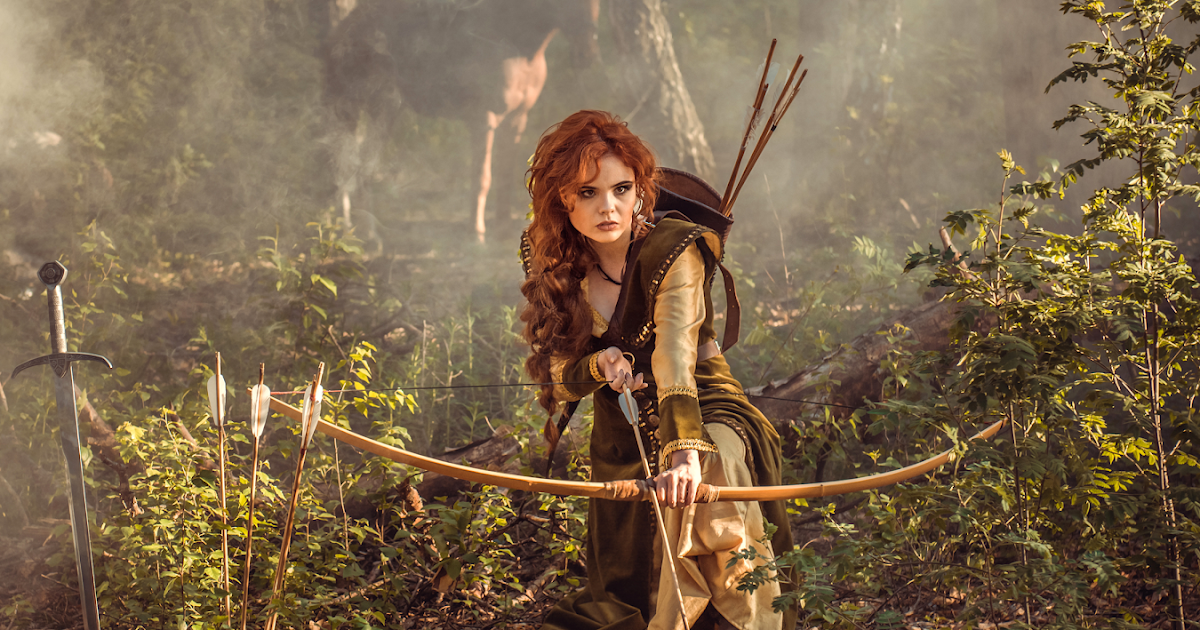 Conan 2d20: Zones and Ranged Weapons. Do they even make sense??

Taking a look at the rules for Ranged Weapons in Conan 2d20!

I already had few discussion on the ranged weapons with players and this is more or less similar to the examples I have been given them. I like the fact that Conan is using some real world examples to come up with the mechanics, as there is no such thing as the D&D abstract model in reality.

I think the biggest thing people have issues with is in D&D (and others) when you get a bow that shoots really far, you don’t get penalized for shooting close up.

Hope the article helps people get their brains around how it all works!

Just another proof that D&D is bad for the hobby

Yea the bow ranges messed with me at first as well but people who want to use Bows or Crossbows as a primary weapon usually take Shoot for the Horizon and its really not much of an issue.

I also thought about bow’s Draw weight factor’s into its accuracy. The English longbow, according to wiki, which I think the Bossonian bow was styled after takes around 80 to 110 pounds of weight to pull back the string fully. To draw something like that you have to be strong.

Now I would rather the chosen distance of the longbow be Long Range but with a trained archer with Shoot for the Horizon talent it hits a sweet spot in the game starting at Medium range which makes it pretty scary with it’s piercing qualities.

The Shemite bow is a recurve bow which is known for its great range as well and styled after the Assyrian Bow I believe. It gets the Long Range with no accuracy penalties.

Now i am not sure why the Hyrkanian bow got Close Range because it is sort of styled after the Mongolian bow which is a shorter recurve bow and the archers drew their drawstrings with their thumbs so it had a strong pull which averaged 100 to 160 pound draw weight. They used stone rings or horn or antlers on their thumbs to protect them from the tremendous weight of the pull.

So in short you can shoot a bow with the ranged weapons skill but you actually have to be a trained and physically fit archer in order to utilize the weapon to its full potential.

1. Talent: Shoot for the Horizon
To clarify rules, with this talent and a bow that shoots at Close range, a character can shoot at Engaged range while Engaged without penalty?

2. Concerning Zones:
It seems odd that A throwing dagger can shoot as far as some bows.

1. Talent: Shoot for the Horizon
To clarify rules, with this talent and a bow that shoots at Close range, a character can shoot at Engaged range while Engaged without penalty?

What is “Engaged range”? Do you mean within Reach, which is the melee combat distance?
A bow with Close range as optimum can shoot without any Difficulty increase in the same zone, Close, at +1D at Medium, so into the next zone, and at +2D at Long, into two zones distant.
The Shoot for the Horizon Talent allows to reduce the increase in Difficulty outside the optimum distance for which the range weapon is designed by 1 step. So in the example above, this would mean D1 at Close, D1 at Medium and D2 at Long distance.

If you want to fire a bow within Reach, the following applies:

If the attacker has an enemy within Reach, then the Difficulty of the Ranged Weapons test increases by one step and the attacker may be subject to the Retaliate Reaction.

This is an increase in Difficulty, but from a different cause than the condition under which the Talent Shoot for the Horizon applies:

You can reduce the penalty for firing at a range other than the weapon’s optimal range by one step, to a minimum of 0.

2. Concerning Zones:
It seems odd that A throwing dagger can shoot as far as some bows.

That IS odd. That is due to the very abstract nature of having only three zones for ranged combat: Close, Medium, Long (an Extreme distance might be more a case for modern weapons, less for low-tech weapons in Conan’s bronze age).
Those very coarse-grained zones throw all sorts of weapons into the same range bracket.
That is less realistic, it only simplifies the handling of distances and removes the need to determine detailed ranges (which I find very relaxing compared to other games I play like Pathfinder or RuneQuest).

Generally, I find most ranged weapons are not handled very plausible on the rules mechanical side. Bows have generally a too short range, considering that most bows have Close as their optimal range, and Close means in the same room, in the same rather narrow space. For thrown weapons I find that plausible enough. If you can reach someone in a certain zone with only a few steps to engage in close combat, you are near enough to throw a thrown weapon.

That said, I run this zone based system since Mutant Chronicles and Infinity, and it simply works, and it works simply.
Especially for Infinity I sometimes have the urge to introduce more detailed ranges, as there are LOTS of modern and sci-fi ranged weapons in this setting and they are supposed to have different ranges in addition to all their other qualities included in their stats. But that would mean going to the Pathfinder route, introducing fiddly box-counting, weird, unnatural movement restrictions, etc. - so I keep the zone system and live with some unplausible bits, because the advantages outweigh the hassle of fine-grained systems all the time.

I’ve always viewed zones as a combination of distance, an ability to ability to get a bead on the target within a certain range and the fact that in D&D 95% of the time the long ranges of most weapons don’t matter at all. Shorter range bows, to me, means the user can draw and acquire a target quicker but it perhaps doesn’t have the power to fly accurately at longer ranges, whereas the longer ranged bows require more time to draw so it takes long to acquire a target which can be a problem at close range.

I thought the player was penalized twice for firing within “Reach”: once for “if enemy within Reach” and once for a range band different than “Close”; I’ve always considered the range of “Reach” as it’s own, rather than part of Close.

I’ve always considered the range of “Reach” as it’s own, rather than part of Close.

No, Reach is not a zone in itself. Reach is part of the Close zone, it only is used to differentiate whether you are in close combat with someone or not.

Shorter range bows, to me, means the user can draw and acquire a target quicker but it perhaps doesn’t have the power to fly accurately at longer ranges, whereas the longer ranged bows require more time to draw so it takes long to acquire a target which can be a problem at close range.

That is more detail than the 2d20 system even uses in modelling ranged combat.
A bow in Conan 2d20 fires not even single shots in a ranged attack, it fires several arrows in a standard action attack. And in spending Loads it fires even more arrows for +1 CD damage and +1d20 on the attack.

An English longbow in real life has a slightly slower rate of fire than a Persian horsebow due to very different archery technique. Those minute differences are all massively glossed over by the Conan 2d20 rules mechanics for ranged combat.

And the lack of differentiation in qualities and usage in Conan 2d20 equipment is not limited to bows, all other weapon types get treated with the same coarse-grained mechanical adaptation, are painted in the very broad brushstrokes the 2d20 system uses for equipment. - And for Conan and similar settings this is just fine.

There had been a few discussions about the weapon stats for Achtung! Cthulhu 2d20, as this setting bases it’s attractiveness on the historical setting, the historical accuracy of the “hardware” - which gets similarly treated in a very coarse-grained way.

Oh 100% but this has helped numerous players at my table grasp the concept of “optimal range” and why there’s a penalty for being too close or too far really, really quickly.

While we are on this subjet: some wording of the corebook confuse me. Page 110: “Long range is a distance of two zones and imposes a +1 step of Difficulty on all actions when
attacking from this range.”. Does this include firing from long range? I feel like it refer only to moving long range but the wording is poor. The same rule is explained three times in the book, each time with different and confusing wording.

If we read Medium, Long, and Extreme together, we can extrapolate to answer your question.

■■ Long range is defined as objects and creatures two zones away from a character’s current zone. A character can use a Standard Action to move to a point within Long range. Long range is a distance of two zones and imposes a +1 step of Difficulty on all actions when attacking from this range.

Long range states that “All” actions when attacking gain +1 step of difficulty. There is no such penalty for moving into Medium Range and attacking because a Minor Action is used and it’s not possible to do at Extreme Range.
This means at Long Range, both moving from where pc was and attacking at melee as well as firing from Long range at a distance.

Yeah that’s a thing where it vary from place to place: game master screen says “all test”, page.110 says “all actions when attacking” (so what about non violent action?), and page 116 says “all skill tests attempted until the start of the next turn, with the exception of tests made for the Defense
Reaction.” That’s confusing.

And more, is it just because it’s a standard action? If you do a Swift action, is it +2 difficulty?

My theory is that it’s just all the fxxxxxg same rule: this movement is a standart action: all normal rules for a second action still apply… (this theory have a hole: fortune point second action)

My second theory (and here it’s from my professional experience): the same text being written and rewritten by different persons…