I’m having trouble convincing my regular players that Dune is a game we need to explore. Their feeling is that since the rules and Sand and Dust expansion are specific to Arrakis, and they already know the story of the Atreides and what happens after, there’s no real player character agency. They also can’t picture what any of the livable cities might look like, given the books don’t go into any sort of detail. What’s a good hook to bring them in?

We’ve had various discussions around this and it comes down to 3 main options:

The Modiphius approach with Agents of Dune & the forthcoming Masters of Dune is to remove the Atreides and do a ‘what if’ scenario.
In this case the events of the novel are no longer a restriction on the players and they can chart their own destiny on Arrakis.

Working within the gaps of the novel is harder, but there is a 2-year gap between the fall of the Atreides and the Fremen uprising that is not really explored.
I’ve had plans for running a game that starts during the fall of the Atreides and then moves into this 2-year gap with the players following Guerney to the Smugglers to continue the fight against the Harkonnens. It gives room for player agency, while still staying within the overall framework.
It is still constrained, but no more than setting a game in France 1940.

Personally, I have always ended up with option 3 and taken my game off Arrakis and set it before the events of the novel. It allows me & the players the freedom to do what we want, I can always visit Arrakis if I want, but we still have all the other world building (Bene Gesserit, Spacing Guild, Fuedal structure, etc) from the novel.

Maps and the images of the cities is a harder one in some ways.
I have always looked to Morrocco & Algeria for my inspiration as to what Arakeen & Carthag look like. Angled sandstone buildings with narrow, crowded streets baked by the hot sun. The shots we got from Dune 2021 felt a bit sterile to me. Arakeen didn’t feel like a city, more like an empty model. 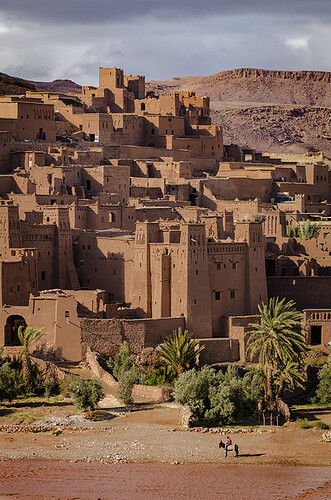 If you search for desert city map you can find some usable ones. This is by Gilwe, it would need the open water to be changed to fit Arrakis, but the core base is good. 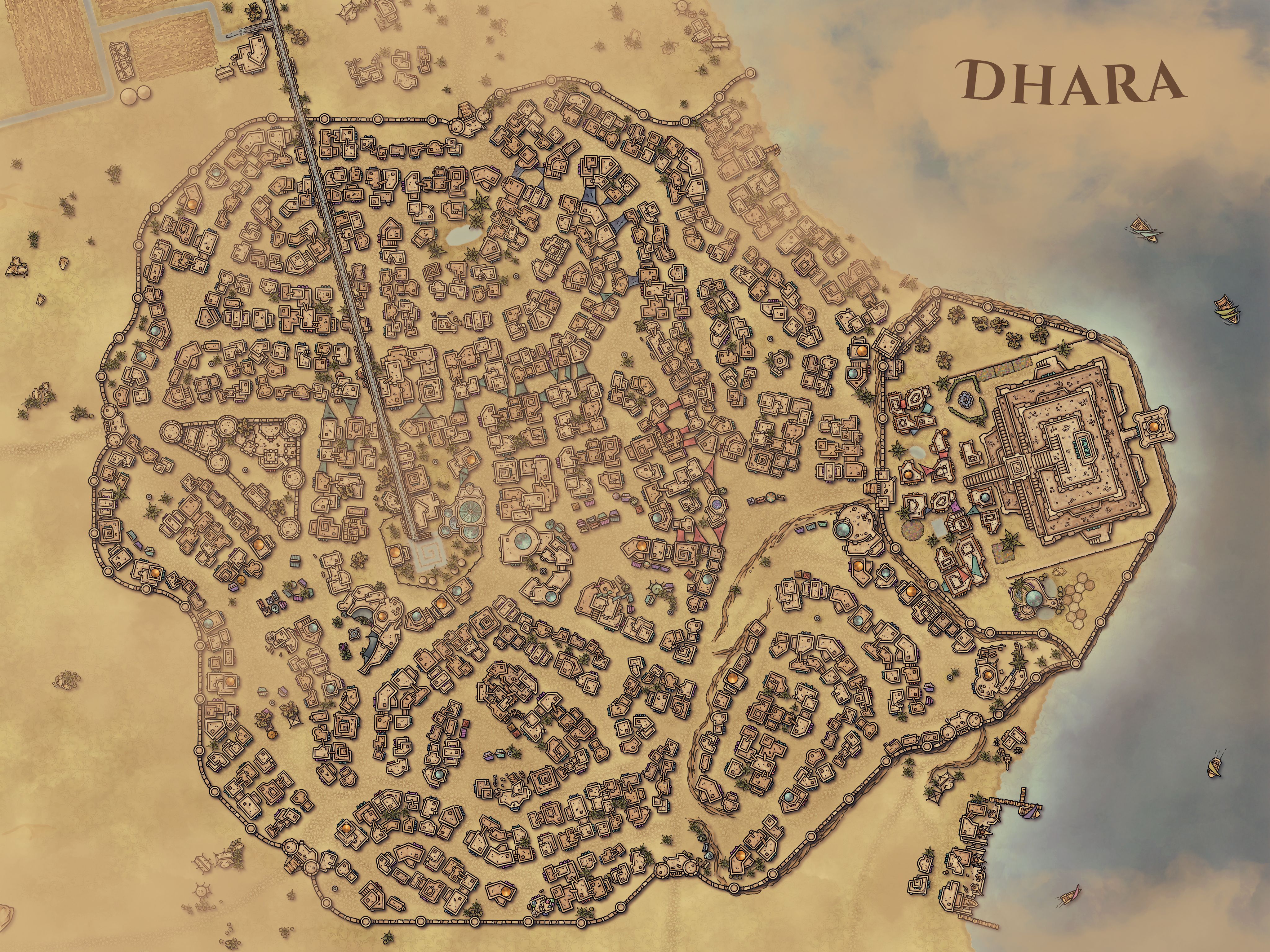 Thanks for the insight and the links to earlier discussions!

I did option 3 with my game as well. I set it 10 years before the book, with the players working for a house that was a vassal to the Harkonnens (the campaign goal was to figure out a way to get out from their rule; the inciting event of the game was Beast Rabban killing the head of their house and all his senior counselors in a fit of pique).

I’ll note the Imperium has been relatively static for quite a long time, you could set things 100-200 years before Dune with no fundamental change to the setting. Just need a different Emperor and other relevant personalities.

Yup, I think Thalim covers it well, but it is a complaint we hear a lot ‘but the canon events are set’.
I am a little bewildered by it as which PC groups thought they’d run Arrakis and take control of the Empire? Its like saying I can’t play Middle Earth as Frodo is the one who carries the one ring to Mordor.
I’d hope we’ve planted enough story seeds across the books to show there is plenty of adventure to be had, and we’ll keep expanding into the universe as we go

Personally in any Dune game I would run or play in that is not specifically designed to support the actual events I would totally set it in an alternate where the events of Dune itself don’t happen and the Imperium continues on in its political element.

That said, i totally see the issue, cause I had it to - I honestly care little about Arakis itself so to me the second book was ‘well I’m buying it cause I love the gameline’ and less “oh man I want this, its so cool”.

That would be a Houses of the Landsraad book and such. hehe

So my thought is try and build up the ‘build your own Great House’ element so that the players feel invested. My idea is ‘branch family of an ancient Great House’ so you have both the elements of ‘you are new and building it up’ and also ‘you have access to a culture tens of thosuands of years old’. That combo will be super fun I think.