Wondering if the dueling sword from Conan the Thief is the closest approximation of a rapier?

Might I have missed an equipment chapter somewhere in a release?

I think you are right. According to a definition I found, a Dueling Sword is similar to a foil in fencing but has a heavier blade. So basically a rapier. The Qualities fit as well: It’s good at parrying and benefits from the Exploit action.

I agree - and, from now on, that’s what I’ll consider it! 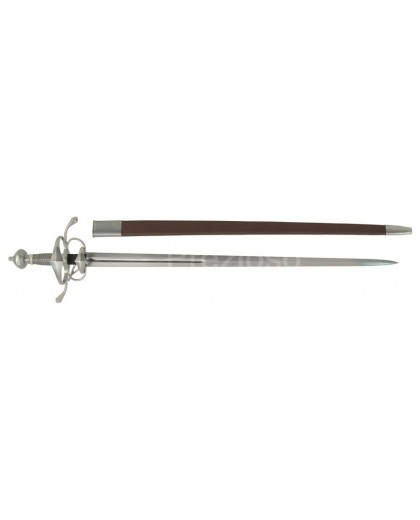 … But the Hyborian Age is a mixture of many different ages and settings.
And sometimes the writers of this game seem to take the “generic” approach, like in this case.
The lack of proper “weapon images” is also another problem about which I complained since the Core Rules…but it’s OK.

But, at the end of the day, the dueling weapon can be whatever you like it to be!

And, the Wikipedia article indicates that the spado da lato corresponds to the espada ropera which was a predecessor of the rapier. That’s a close enough family connection for me to call it a rapier.

Besides, I’ve tested it and it certainly plays close enough to one - the Intense quality makes it especially effective in the hands of a PC with strong Exploit Skills.