A use of Keen Sense X under special rules of Alien Traits…
In a plant based sentient life form I want them to have no eyes, mouth, nose, or ears. They have specialized cells capable of sensing electromagnetic radiation, vibration, pheromones. Point is they have 360 degree sensing but distance, cover, and crowding can distort that sense. So I am proposing “Omnisensing” which grants an automatic success to any tasks involving their senses but it has the drawback of every increase in range from reach to close, to medium, to long, to extreme, increases difficulty by 1 and cover or crowding will also increase difficulty by 1 each. (In a crowd trying to sense what is behind a rock way over there would be difficulty 6 but they still have the automatic success to start.) Criticism? Balanced?

In my opinion, the automatic success would make that sens way too powerful.

They are effectively blind, deaf, and can’t smell, yet can still automatically detect a still being making no noise that they can’t smell that is at close range with the way that you worded that. Also, technically speaking, pheromones are a scent-based thing.

If you are going to create a plant-based life form with a sense, I would go with something along these lines for traits for the plant life-form: Night Vision (lighting level does not change difficulty to detect someone), Plant-based (Extreme heat or cold affect it, otherwise it has no difficulty in certain environs), Radiation Sensitivity (Certain forms of radiation are poisonous, other forms draw it’s attention. Reduce difficulty to detect forms of radiation by 1.) 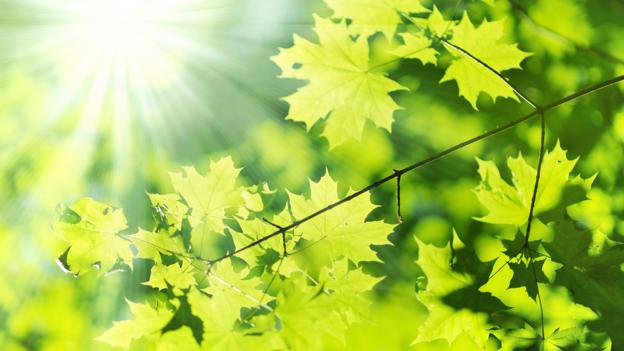 Plants can see, hear and smell – and respond

Plants perceive the world without eyes, ears or brains. Understanding how can teach us a lot about them, and potentially a lot about us as well


Plants can “see” more wavelengths of light than humans, as well as infrared. They can “hear” caterpillars munching. I can’t. They can “smell” the chemicals given off by nearby plants and insects and respond to them. Plants have molecular and cellular reactions anytime they are approached. There is no sneaking up on them. Their senses are amazing up close, but for the most part, plants only perceive the world near them. For an advanced race of sentient plants, the “different sensory suite” works for me. They are not ‘groots’ or ‘ents’ but a large leafed mass, with tiny root hairs all over them so they are able to draw nutrients and fluids where ever they move. They communicate through rustling, with sound, chemicals, and body language. They are biologically empathic. They are a radial creature, with no front or back, with stiffer cells inside them that support the more flexible cells of the leaves, and are capable of movement in any direction. They are not quick, though and without their technology, they are effectively senseless at extreme range. Their technology is a biochemical tech and they are a warp capable species. In the campaign I am writing they have asked to join the Federation, but there will be complications…
1 Like
Shran May 2, 2019, 12:56pm #5

I would use Plant as a Trait, which incorporates everything you mentioned. This won’t give you automatic successes, but it will reduce Difficulty. I don’t think plants have keen senses, their senses are just different - sometimes better and sometimes worse.

Awesome idea on that creature. Did you think about publishing this species on ContinuingMissions (or here, for that matter)?

I would use Plant as a Trait

When I get done writing the Introductory adventure, I will gladly share it on fan scenarios for any of you to do whatever you want with it. If someone at Modiphius wants to use it in part, whole, or just as a springboard, I would just be thrilled. By the end of May if real life doesn’t get in the way, I hope to complete it.

I would use Plant as a Trait, which incorporates everything you mentioned. This won’t give you automatic successes, but it will reduce Difficulty.

Traits can give automatic successes, when it’s story appropriate.

Each will do one of the following things:

Note that difficulty is one of two effects.

A klingon doesn’t need a roll to speak klingon. (in fact, a different trait would be needed to prevent it.)
A Betazoid shouldn’t need a roll to know if they’re alone on ship; Deanna isn’t a strong Betazoid teep, and she has, at times, trouble with being unable to filter out the noise of her crewmates.
A vulcan Shouldn’t require a roll for enduring 30°C weather, nor an Andorian 5°C temps… both should be penalized for the other’s comfort zone.

A klingon doesn’t need a roll to speak klingon. (in fact, a different trait would be needed to prevent it.)
A Betazoid shouldn’t need a roll to know if they’re alone on ship; Deanna isn’t a strong Betazoid teep, and she has, at times, trouble with being unable to filter out the noise of her crewmates.
A vulcan Shouldn’t require a roll for enduring 30°C weather, nor an Andorian 5°C temps… both should be penalized for the other’s comfort zone.

Traits lower or raise Difficulty or make things possible or impossible. That’s not the same thing as granting e.g. one automatic success, although reduced Difficulty essentially results in the same overall benefit.

This trait provides a different way to sense things. Fine. But to differentiate incoming data through the various methods should at least be a Difficulty 0 test. Same thing really as auto success, but it suggests there’s effort needed to accomplish this.
Garrett

Shran, I seriously think you’re being pedantic past the point of reason, here.

I’m just distinguishing between automatic successes and Traits, because those are terms from the core rule book. And I believe it is important to understand the rules as written and to not mix different terms together when explaining something. That’s not unreasonable to me. It might be pedantic though.

Obviously, you can do what you want as a GM, but I still try to fit everything into the existing rules framework.