One of my players characters, a Soong-type android and the chief of security, recently shot and vaporised a Cardassian Gul who was in custody following an unprovoked attack on the PCs ship. The Gul was responsible for destroying this characters previous ship and killing all her crew and captain whom the PC considered a close friend. I thought it might be fun to run a session where he is brought before a court martial hearing at a starbase, hear testimony from witnesses etc… Any thoughts and advise? I’d rather not have the PC have to leave so I thought a demotion?

Some time ago, I started a thread about Court Martials as focus of an episode/adventure. You might find some interesting responses, there. The thread originated in a thread about excessive force being used, which also kinda relates to your topic…

Regarding the case at hands: Judging from what I’ve read in your post, we’re talking outright murder, if not the war crime (!) of killing a prisoner of war without due process. I see no way this will not end in decomission and imprisonment (for a long time).

In case you do not want to kick out a player out of the campaign (which, honestly, would definetly be fitting, in-game), you should, in my humble opinion, think of some deus ex machina:

My advise would be: Draw as much Drama out of the situation, as possible. Have the character confined to their quarters (or the brigg) for a mission or two and let their player take supporting characters. Maybe even their own legal defense, working out a strategy with the rest of the crew to get back their friend. During these missions, let the players find out the motives and what really happened. This could involve a detective story or engineering examinations, or both. It could mean they would need to capture a foreign (or, worse, internal) spy and uncover a plot against the Chief-of-Security, the Ship, Starfleet, or even the Federation.

After the crew gathered evidence for a mission, or two, go to the Starbase and set up your court martial – which is, again, a great idea. I did this with my D&D group some time ago; you can read my experience in the first thread I’ve linked in this post.

Since a Cardasian was killed a Cardassian court can be fun too, there’s a whole DS9 épisode about it.
Since tthe guilty party is an android you can reboot it on a previous state (and lose memories, and some experience)

Since tthe guilty party is an android you can reboot it on a previous state (and lose memories, and some experience)

Uh, that one’s a nice idea! A reset could be the Death verdict, Cardassia would demand – while it could keep the character in game (of some sorts) and has potential for a story arc to re-gain the wiped memories.

Thx everyone for your advise.

One last remark on mechanics: Maybe use the mechanics of a social conflict (presenting evidence etc.) as well as an extended task (to convince judge/jury).

I’d be very excited about your experience! When will you have this episode(s)?

I’ve never been a fan of court martial for Star Trek. It flies in the face of Starfleet not being a military. Why are Starfleet personnel not tried in general Federation courts like anybody else?

I’ve always believed the idea that Starfleet is somehow not a military to be nothing more than a silly pretense, especially since Starfleet has acted as the Federation’s wartime defense force on multiple occasions for centuries ever since the Earth-Romulan War.

Military Justice Is to Justice As Military Music Is to Music
Recently saw this: 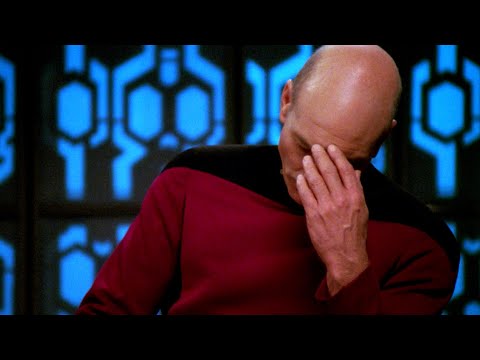 @HappyDaze, @Sutehp: Please, just let us not go into this endless debate again!

In any event, “cour martial” is just a label we put on formal court proceedings against Starfleet personnel commiting diciplinary and/or criminal offences. Nothing in canon prohibits Starfleet personnel to be tried in general Federation courts, like anybody else.

That’s only 16(+) different ways on “how to deal with court proceedings involving armed personnel” and there can be many more. The Federation in your games can be everything, and sometimes it can be fun to have an argument over jurisdiction, before the case will be examined on the merits.

Don’t think of Starfleet “laws” as actual laws, don’t argue or proceed as you would in a legal action. This holds especially true, if you have an idea or two how actual courts work. I’m dead serious.
Starfleet “laws” are plot-devices to spark Drama. No less, but also no more.

(And, please, don’t make me ask @Modiphius-Jim whether he wants a set of mission briefs centered on legal action!

Running my game tomorrow, and we may touch on the start on the court martial then.